Here’s a Halloween list of the 8 best Werewolf movies of all time. I concider myself a werewolf connoisseur so this list is as accurate as any werewolf list ever made. From my mouth to God’s ears this is truth. 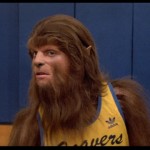 8. Teen Wolf. I’m not making an argument for horror here. Teen Wolf is a great movie and it happens to be about a werewolf. Sure he plays basketball and has trouble asking girls out or picking up kegs of beer unless he wolfs out. It doesn’t shock you with these things. It’s in the title, TEEN WOLF. It’s a fun time straight out of 1985. 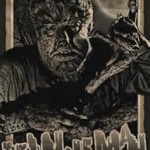 7. The Wolfman (1941) Somewhat contriversial again. This is a list of greatest werewolf movies of all time. You can’t ignore the classic horror starring Lon Chenney Jr. Not only is it chalk full of iconic scenes and story tidbits still referenced today but it has a classic horror atmosphere that can never again be captured. It may not be scary when compared to today’s psychological nightmares but it can most definitely not be left off this list.

6. Ginger Snaps (2001). If you missed this one, check it out. It tends to stay a bit hidden unless you follow horror or your tastes run a bit left off the grid. It’s not a total hidden gem, but any way you slice it, it is good. Part of a trilogy really and all three are worth seeing. Plus it’s a fun play on words. Lead character Ginger struggles with life, her relationships with her sister and the world as she slowly turns into a lycanthrope. 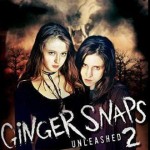 5. Ginger Snaps 2 (2004). You can use this when trying to defend that some sequels can be better than the original (also The Godfather 2, Empire Strikes Back, and Evil Dead 2). Ginger Snaps 2 focuses more on Ginger’s sister Bridgette who approaches her bought with lycanthropy with a little more subtelty than her sister. She documents her slow progression and tests different aspects of it in an attempt to cure herself. All while a male werewolf draws closer to her. Good stuff and I highly recommend you track it down. 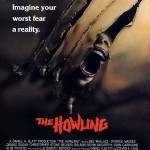 4. The Howling (1981). This is an excellent movie and a horror classic. Not only does it have some of the best looking werewolves with their giant ears, but it has a great story and a nice 80’s feel that, like The Wolfman, just can’t be recreated. Based off a book of the same name and starring Dee Wallace (the mom from E.T.) this iconic movie is a must watch this Halloween. 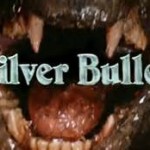 3. Silver Bullet. Another great 80’s werewolf feature, Silver Bullet stars a young Corey Haim (1971 – 2010) and a pre-crazy-years Gary Busey. Like The Howling it is based on a book as well. A novella called Cycle of the werewolf by Stephen King. The movie goes much deeper than the novella ever did and really has an eerie feel about it, as it’s narrated by an older version of Jane from the film. She recalls the haunting year her town was plagued by a werewolf. The wolf eventually finds itself centered around her and her brother’s lives. It’s creepy and good and kind of like The Wonder Years if it were horror themed. 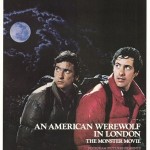 2. An American Werewolf In London (1981). The 80’s was the time for good werewolf movies apparently. This, sometimes referred to as “dark Comedy”, is truly one of the best werewolf movies ever made. Directed by Johnathan Landis, who also directed the Michael Jackson video Thriller (Which I would put on this list if it were a movie), this story blends comedy and horror together in the tale of a man haunted by the ghost of his friend as he tries to come to terms with his “possible” condition. There’s love and loss and all the greatest things that make everything nice wrapped in a festival of blood. Check it out. 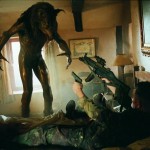 1. Dog Soldiers (2002). Not only is this story amazing but it has the best werewolves ever. Real monster make-up werewolves complete with heavy shadows and camera tricks to cover what is now broadcast in your face with CGI. When you remove the shadows you remove the imagination and after that the fear is gone. As you can see from the image to the left these beasts tower over the compitition. The story is about a group of soldiers who end up under siege by a family of werewolves and end up having to hole up in a creepy old house and survive the night. It’s a brittish horror that is flavored so nicely with a rich atmosphere and scary-scary monsters.

Dog Soldiers is approached with a more modern story telling, which may appeal to some who dissagree with the majority of this list. Movies have a different structure today and are both more in depth and faster paced. When compared to something more classic, like The Howling, certain movie-goers may find the story a little bit more action packed and quicker to the point.

So, that’s it. The eightest and greatest Werewolf Movies of all time-and-space. I used a complex method of mathmatics and 20-sided-die rolls to compile this list. It’s so fool-proof I feel confident staking my entire reputation on it’s validity. If you are wondering why Underwold or Twilight or Waxwork didn’t make the list, well… they aren’t really werewolf movies as they are just movies with werewolves in them. This list is sold. This list is great. I dare you to name a better werewolf movie. The End.

Dissagree @werewolforigin on twitter (see, my twitter handle states how much of a werewolf epert I truly am) or in the comments section below.