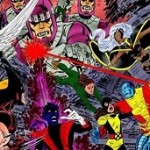 This month at Boomerang Comics in Lewisville we covered the Marvel collection that holds X-Men: Days of Future Past. As you may have noticed from the last review we occasionally theme the graphic novels around popular movies that are coming out (see The Winter Soldier review). Days Of Future Past isn’t doesn’t make up the entire compilation. In fact it doesn’t make up half the collection. This volume compiles X-MEN #138-141, and UNCANNY X-MEN #142-143, ANNUAL #4 published in 1980 and ’81. This popular series which has been borrowed from through out the years for numerous outrageously-haired tales. 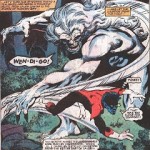 In the club the general consensus was shock that the book held so many stories that didn’t have anything to do with The Days Of Future Past. It opens with a large and wordy back telling of pretty much every major story arc, narrated by Cyclops. Followed by some Wolverine and Alpha Flight meet the Wendigo. I honestly liked that story quite a bit because I had recently read another story with the Wendigo and watched all of Wolverine and the X-Men (which is almost the entire graphic novel spread through out 26 episodes). It had some interesting history from Wolverine’s past which didn’t flavor in the DOFP story any but was alright. 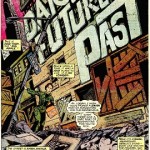 I think the group decided that the overall theme behind the book was Kitty Pryde, “Sprite”. She was new to the X-MEN at this time and it was a fact that they constantly drew attention to (among other things). If you are not familiar with comics from this time… they were wordy. “…the last time I felt like I really got my moneys worth. He’s right. 0.75$ got you an hour of reading or more because they were so wordy. The artwork was… uniform, I guess. So rather than fill the pages and panels with heavy detail and elaborate poses there was much more prose and it came across a lot more like reading a book.

They repeat a lot. A character can’t display his powers without someone saying, “this is why I’m doing this, because I’m a mutant and I have powers”. If you are a comic fan or like the particular style from that time period than this is a book for you. The one thing I would add about it is, if you are new to comics I may begin somewhere else. DOFP was a great movie and the story is magnificent, but if you liked the film and want to jump into comics with the source material for the movie I would suggest you start somewhere else and work you way back to the 80’s. The time period was aimed or a younger audience back then. As I said at the club, I could pass this book to my 10-year-old and he would roll through it just fine. A newer TPB or graphic novel from todays time would be a bit much for a kid that age. 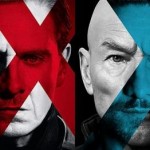 We of course compared movie to book. (spoiler alert). The movie has wolverine go back, while Kitty is the one who sends him back (how she got this power who knows). Professor X is for some reason alive in the future, which is fine because we love Patrick Stewart, but why is he alive? No clue and it isn’t explained. Mystique is still the primary domino in the series of events leading to the fall of mutant and mankind. The movie is excellent and I highly recommend it but if you don’t already know the X-Universe in film (comics too really but what uni isn’t) is riddled with plot wholes and chronology flaws. It still ends on a happy note and less open ended as the comic does (depending on where or how Apocalypse fits in [see after credits]). All in all though as a group I think we liked the movie a lot and most enjoyed the book and just acknowledged it was different in a lot of ways when compared to what we see today (no joke, John Ramita Jr. has a book inside this compilation and you couldn’t spot it if you tried. I tried and eventually just had to check the credits because he was not the artist then that I am familiar with now). Check it out, you may find yourself intrigued to check out other X titles.

Writer/Artist for X amount of years. Recently worked with people from IGN on a comic and studied writing under Victor Gischler of Marvel Comics at RSU in Oklahoma more X amount of years ago. Follow me @WerewolfOrigin on twitter
View all posts by Eric bookout →
Tagged  Book club, comic review, days of future past, Kitty Pryde, marvel, peter dinklage, sentinals, trask, Wolverine, Wolverine and the x-men.
Bookmark the permalink.