Well It’s been a long holiday weekend full of fun and festivities and jade dragons and fireworks and Turkey and Christmas wishes. Three days off work (maybe), and possibly a cookout or just time remembering those we’ve lost. Possibly you spent the past two days catching up on Netflix and the fourth season of Arrested Development. Either way, if you spent it catching up on comics and getting rained out of Six Flags like I did or you had a festive cookout or spent time at the lake it’s been a long hard ride out of hades… but fun. 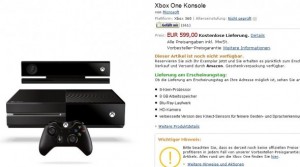 Xbox One is rumored to retail at approx 700$ and change. The rumor war is that both consoles, Xbox One and PS4, are going to be hitting the streets gard trying to out do one another on the pricing front. No one wants to pay that close to a thousand dollars for a gaming console. Especially when we’re not even sure how much more it offers at this point. I want something new of course, but couldn’t an upgraded version of my current system really suffice? Word on the street though is that the two warring systems are going to try to low ball each other, which could equal a break for us the consumer. I know I don’t want to pay another 600$ plus like I did a few years ago during the last systems upgrade. Hopefully we can get the price closer to 350-ish. Only time will tell. 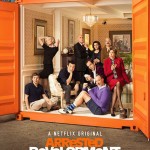 I’m sure you’ve been watching what used to be called the “airwaves”, and is now something else all together, for the next installment of the long cancelled series Arrested Development. Netflix brought the show back after years in the cancel bin. The long awaited forth season was a fun ride of intertwined narrative in which we see that Gob might be gay with Ben Stiller, Micheal finishes the housing addition finally (which is stocked with less the desirable tenants), and Tobias becomes a sex offender. You know, the usual stuff for the Bluthe family. We spent all day Sunday catching up on their exploits and it was good stuff. Hopefully Netflix decides to bring back Firefly now and maybe the world will be complete (their not). 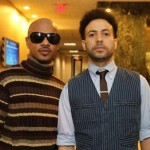 Sadly enough Memorial Day is about remembering those we’ve lost. Like Child artist Chris Kelly of Kris Kross and Annete Funicello. Fingers crossed we’ve held pretty firm this year on the geek front. While maybe it’s been a little more grim on the former teen idol scene, this year in the eyes of the geek kingdom we’ve had a pretty soft year. But it’s not about remembering just those lost this year, of course we miss any and all that have fallen from Heath Ledger to WWE’s Paul Bearer. And of course we keep those fingers crossed that the year continues to be kind to our geeky idols and we sail smoothly into 2014 with no heavy casualties. R.I.P. Hugo Chevez. 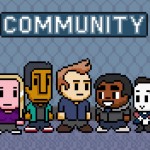 Breathing some life back into things it has been reported that Dan Harmon may not be beyond salvation from his role with Community. The show has had an up and down relationship with ratings and while if you follow it you know that from the geek spectrum it certainly is one of the best things out there, but I have to wonder if this season was comparable to the previous Harmon inclusive seasons. I mean, this year we had a weird reference to paintball while every Harmon year made an extravaganza out of it. He gave us the 8-bit episode, the D&D ep, and invented the alternate universe in the show. Nothings been confirmed yet, but the offer has reportedly been as Community has been picked up for a confirmed 5th season. If nothing else maybe we can cross our finger that Netflix saves the show somewhere else down the line.

Well I hope you had an eventful Memorial Day and ate some good food and enjoyed some good times. Until next year may all your geeking be monstrous and all your nerding be wild.