It’s Sunday and it’s time to review a week in geek. Kristen Stewart is the most hated celeb in America and Iron Man is still top dog despite Gatsby’s star Leo DeCap flaunting whatever it is that people still find appealing about him some twenty years after Gilbert Grape. Mayfests are in full swing across the country and gypsies are dancing around Maypolls (I guess) and the Dallas Comicon is still a week away. But there is still plenty of geek out there and we can explore it while we’re here. 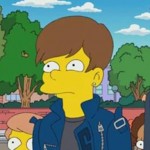 Justin Bieber or “The Beeb” as the Celts call him, made an appearance on the Simpsons this weekend. Apparently this sentence is longer than anything “The Beeb” was willing to offer up for his fans but if you’re that big a fan or a Celt you may want to check your dvr files or look to the ol’ long forgotten internets for that brief “appearance”. I haven’t seen it yet but if the Celts are any judge of what is decent in the world than I’m sure we are in for a treat. 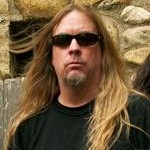 If your a Metal fan than you’d be sad to hear that SLAYERS Jeff Hanneman dies this week of what appears to be alcohol related liver scarring. This means like Dime Bag Darryl from Pantera and your hopes for hearing “Walk” played live, your chances for hearing a “Angel of Death” blasted at you drenched in sweat and bouncing against strangers in the hardest pit you’ve ever experienced, those chances too are now extinct. RIP Jeff.

If you hadn’t noticed that Iron Man 3 is the hot ticket right now then you’ve had your head in a hole. While the Great Gatsby has made an impressive show for it’s opening weekend, despite the fact that it is based around a book that showcases awful people existing in an awful state of existence and thinking that there is something special about them. Iron Man in it’s second week still beat Gats into the ground, which proves once again that fictional science always beats aristocrat. That’s what my mom used to say. 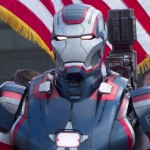 On that note, happy Mothers Day to all and to all a goodnight.

Keep your eyes open during the following weeks we have a lot coming up with the Star Trek movie next week, series finales, and I’ll be covering the Dallas Comicon so the world will continue to spin and the geek shall continue to churn. As always if you have any comments leave them at the door or in the comments section below or message me directly @werewolforigin on twitter. A Merry Christmas to all and to all a goodnight.

Writer/Artist for X amount of years. Recently worked with people from IGN on a comic and studied writing under Victor Gischler of Marvel Comics at RSU in Oklahoma more X amount of years ago. Follow me @WerewolfOrigin on twitter
View all posts by Eric bookout →
Tagged  About last night, bieber, Geek News, Iron Man 3, slayer, The Simpsons.
Bookmark the permalink.