Today I have two comic book collections to review. I decided to give them both their due in a duel review that I have dubbed the British comic invasion!

They are Johnny Red: Red Devil Rising and Major Eazy: Heart of Iron.

Both comics are well known and well regarded across the pond but much more obscure here, which is a shame.

Johnny Red is about Johnny ‘Red’ Redburn a disgraced former RAF pilot. The reason for his leaving the RAF does change from time to but it is the only real inconsistency I could find. Upon his leaving the war in Britain he heads off to the eastern front to help the Soviet Union. There he becomes an infamous devil of the skies and a major thorn in the side of the invading Nazis. 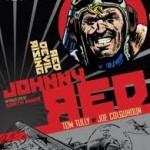 Major Eazy on the other hand is a decorated British officer in the Army who helps spearhead the push to liberate Italy from the hands of the Nazis who came to usurp power in the vacuum that was left with the fall of Italian dictator Benito Mussolini. He quickly picks fights with anyone who tries to tell him how to do his job and quickly shows them the error of their ways. All in all an excellent story and fantastic artwork. 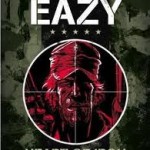 In all honesty though if I had to pick a favorite, it would be very easily Major Eazy. No pun intended. I just felt like the story was much more engaging to me and I enjoyed the artwork much more. But, as it always is, your mileage may very as to which you prefer. Really, I most certainly recommend both.