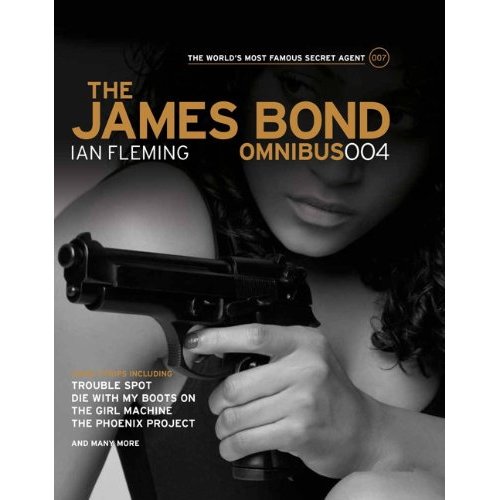 Let me preface this article by saying that I am a HUGE James Bond fan and while I’m going to be as impartial as possible if it sounds like I’m geeking out just deal with it because its James freaking Bond.

James Bond has had his name and face in about every form of entertainment that you can think of and has a following just as big as Star Wars/Trek. One of the things that most people know about, but haven’t experienced are the James Bond comic strips. The James Bond Omnibus is here to fix that problem. Here are some photos from the book: 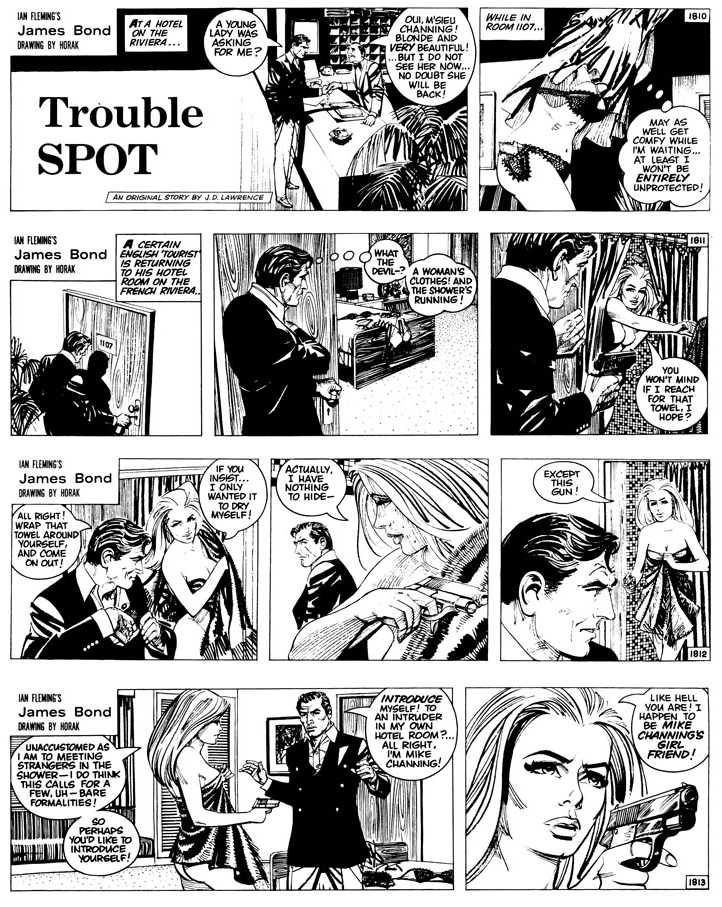 The first thing you will notice about the omnibus is unfortunately not a good thing; while most will be expecting a hard cover volume to add to their collection, the omnibus is a semi-rigid paper with a high gloss finish. While the book does look good the lack of a hard cover does tend to disappoint. Other than the cover there are very few things wrong with the book itself. The collection of comic strips inside the book are some of James’ most thrilling adventures that will take you on an espionage fueled trip into the world of Bond.

When it comes to the comic strips and stories that are in the omnibus, there is plenty of content. Parents do need to understand, however, that the original James Bond comic strips were NOT child friendly and that there are “adult situations” and nudity. If you are a fan of James Bond or spy comic strips you will love the James Bond Omnibus 004.

The James Bond Omnibus 004 was compliments of Titan Books.

A small time blogger with big time dreams and a love for everything geek.
View all posts by Jesse (The Pen of Doom) →
Tagged  004, 007, books, graphic, james bond, omnibus, titan.
Bookmark the permalink.