The baseball season is in full swing, and with the All-Star break in the rear view mirror, we are beginning to see which teams are true contenders and which ones are running out of gas. The playoffs are just around the corner, so it’s with great pleasure that I review this week’s app, 9 Innings Pro Baseball 2013.

This is an update to the highly regarded previous version of this game, 9 innings Pro Baseball 2011. The developers have given this game a true upgrade in every sense of the word. Of course, the team rosters are updated and current as of July 5, 2012. Now I get to see Carlos Beltran tearing it up on my beloved St. Louis Cardinals! The graphics have received a major overhaul, with the developers going for a more realistic and modern look. I can’t blame them. The 2011 edition reminded me of the old NES game, Bases Loaded (is that a bad thing?). Seriously though, the new graphics look great and make the game more enjoyable to play. 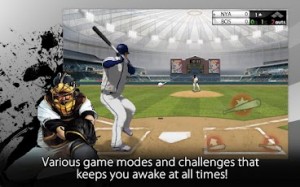 Overall, the game play remains the same, save one difference. You can now choose whether or not to have your game play fully or partially automated; or you can just step on the field in full manual mode. This is a big shift from the previous version, which didn’t give you the option to choose the type of game play you desired. The friendly exhibition and home run derby modes are still available as well.

Despite the graphics overhaul, one of the biggest changes to the game is the cards system. As fans of the game know, as you meet certain challenges while you progress through the game, you get player, coach, or cheerleader cards. These cards can be used to improve your team as you go through the season and make a push for the playoffs. The difference now is that you are able to trade cards with other players via what the developers call the network exchange market, or you can trade cards and points with friends via the in-game inbox.

This game is a marked improvement over the original, while still retaining the attributes that made the original so fun and addicting. I give this game a 5/5. 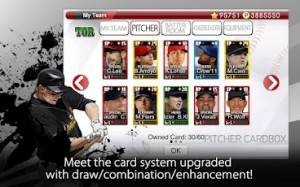 I’m a lifelong comic book fan. Comics pulled me in at an early age, with influences ranging from Chris Claremont’s historic X-Men run, Walt Simonson’s Thor run, Mike Zeck’s run on The Punisher limited series, Jim Lee’s X-Men, the early 90’s X-Men animated series, and the best cartoon ever made, Batman: The Animated Series. As a kid, these comics and cartoons gave me a new world to go to when the real world wasn’t so nice. Because of this, comic books will always have a special place in my heart. I love everything about comics, and still get the same feeling reading them today as I did when I was a kid. My major in college was psychology, so I love to incorporate that into comics.
View all posts by Steven Brewer →
Tagged  android, Baseball, Google, google play, MLB.
Bookmark the permalink.