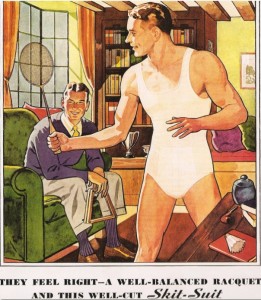 Geeks on Sports previewer Tim Blacksmith here today to tell you all about – Badminton, a sport which is synonymous with fast paced, action-packed matches.  Wait…no, that can’t be right.  Anyway, Badminton is a sport I played many times as a youth with my grandparent’s in their backyard.  And let me tell you, there were some intense games involved.  Some may say Badminton is a sport for the rich and pompous, but just check out this ad.

For the Olympics in London 2012 the badminton competition will consist of matches for men’s and women’s singles, men’s and women’s doubles and mixed doubles.  Similar to many tournaments each competitor or team is set in a group for the first stage.  Two players/teams will come out of each group and enter the knockout rounds and wind down to the gold and bronze medal matches (silver medal goes to the loser of the gold medal match).

Some history about badminton: invented in India in the early 1800s and established in England in the 1870s.  Since its debut at the Barcelona games in 1992 the sport has been dominated by players from China, Indonesia and South Korea (adding just that little bit of extra ammo to their feud with North Korea).  But, as this commercial depicts, just imagine if huge American (or in Ortiz’s case Dominican Republic) athletes got involved in the sport.

A little bit about the sport: the court is 5.18m wide for singles, 6.1m wide for doubles and 13.4m long for both (I often make fun of us dumb Americans for not understanding metric but these distances are an acid-induced dream all on their own).  If you’re thinking, “this court looks familiar” it’s not craziness, you’re right.  Badminton courts closely resemble tennis courts from several perspectives.  Each is designed with singles and doubles distinctions for sidelines and both have a line running width-wise in the middle of each side, but they serve very different purposes.

In many ways badminton is the inverse of tennis, but waaaayyy more intense.  In badminton the “short service line” is the line in which a serve must pass to be successful, whereas in tennis if a serve lands beyond that demarcation it is a fault (see my tennis article for the definition of fault).  Another difference is that badminton has different service lines for singles and doubles; doubles being closer to the net than singles…for reasons straining the realm logic. Fun Facts: each player in badminton uses a racket which measures no longer than 680mm long (roughly 2.23ft) and 230mm wide (roughly 9in) for the head.  The object used to score points is called a shuttlecock (sometimes called a birdie) which consists of sixteen feathers, taken only from the left wing of a goose or duck, interlocked and placed into a small leather-covered cork base.  Why only the left wing?  Excellent question.  Answer: because the left wing is awesome you sinistrophobians!

I hope you have enjoyed this preview of the 2012 London Olympics Badminton event.  Continue to check 8DaysAGeek for more previews of Olympic events.