Five long seasons and 77 disasters later the town of Eureka has closed. It was a crazy ride and lackluster wind down before the inevitable send off last night. A lot of faces from the past popped in or flashed by and for a finale, series finale at that, it was pretty decent. I can’t say it would have been better had it all been someones dream or every character had actually been in purgatory since the start of the final season. One final adventure for the radical town and its patrons some memorable laughs and The End. 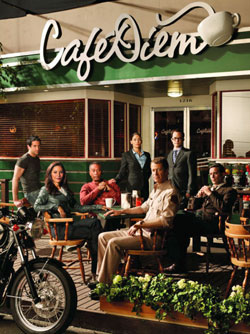 The episode started with them testing some new gadget, and setting up for their disaster. Ends up being worm holes. With some humorous play and Deputy Andy being ripped to pieces by eradicate worm holes they have to put the town on lock down. This couldn’t come at a more inopportune time because Grace is currently being investigated by the military for possible espionage charges (she’s guilty, Henry from the other timeline got her caught up in it before Henry from the current time line took his place. It’s crazy!). This new incident prompts the powers that be to say, “nuh uh” one disaster too many too often and they are shutting things down. (spoiler alert) They shut things down. No magic pixie comes in and erases the memory of the Colonial at the last second and causes him to rethink his decisions. Everyone packs up, says their goodbyes, some take new jobs (possible spin offs? Maybe), and Fargo is no longer head of GD because GD is disbanded. Something does circle back around at the end, I won’t say there couldn’t be fan fiction or a comic to pick up the saga, but for all intents and purposes Global Dynamics that was is no more. 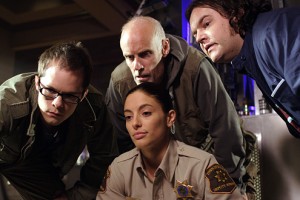 What made this episode watchable for me, and believe me some of the past few seasons have not been the best, was the memory lane. Tagart showed up for a nano second, Joe proposed to Zane in a scene reminiscent of not only when they met in season one, but of how Zane proposed to Joe in the previous timeline. It was a nice moment and it couldn’t have been executed any better. Jack’s daughter Zoe, who’s been absent mostly since leaving for college, returns for one final goodbye. A dive through the wormhole while holding a fix-all device and Jack gets to see his life pass before his eyes in a montage of Eureka moments. 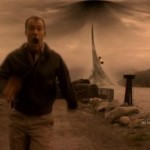 They didn’t make the last problem so big it was the biggest problem they’d ever faced, “how will they fix it?” and they didn’t shock us with any stupid twist. Sweet and to the point, with just enough memory lane to help you remember why you started watching in the first place. The finale scene begins like first scene. Jack and his daughter in his cruiser in the rain, only exiting Eureka instead of entering it. Then, and this one got me because I think it really happened (I haven’t checked yet), they pass their selves from 5 seasons prior heading into Eureka for the first time. Adult mature-College-student Zoe stares blankly as original teenage-angst Zoe is sherriffed into town by her then US Marshal father. It was a good finale, and over all a good show… especially the earlier stuff.