The biggest thing this week in geek was E3. The highly anticipated Ridley Scott movie Promethius had its US premier this friday. Saturday mornings still rocked the casbah, and that’s all I can really look forward to since every show is on Summer vacation. So strap in and prepare a for short and sweet GEEKEND REVIEW.

Now, we should have some E3 coverage up here soon so I won’t go into too much detail. Honestly researching for this I couldn’t find much info on it. I’m sure it’s out there, but for someone who only caught intermittent coverage of it and didn’t catch much on twitter there was surprisingly very little detailed coverage out there. Highlights were mostly things we already knew about; the Wii U is coming out, more games for the PS Vita, magic Smart Glass for X Box. Little Big Planet is getting into the Kart Racing market which I feel is long over due. Sackboy is about the closest thing Sony has to a Marioesque mascot. They need to be pushing him like so much street drug. Assassins Creed 3, and Halo 4 trailers were hot topics. Sony showcased God of War:Ascension, Playstation All-Stars, and Far Cry 3. This years seemed to focus more on what is coming out for things already in existence. So if you had your fingers crossed for Playstation 4 or X Box 720, maybe next year. If you missed your chance to see Kevin Periera on his last episode of Attack of the Show he returned for G4’s coverage of the Electronics Expo. 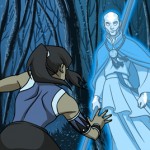 This morning on Saturday morning cartoons we were treated with new episodes of  Thundercats, Korra, and Young Justice. Green Lantern Animated is done for the season. So that’s another for the long list of things I have to be disappointed for. Korra is setting up for their one hour finale’ airing on the 23rd. It looks intense. After last weeks episode where Tarlock revealed himself to be a “blood bender”, which was just nutty, this weekends episode had Korra finally connecting with the spirit realm and giving us a prolonged look at 40-year-old Aang. His beard is awesome, like Tenzin’s. I’d like to see more prolonged cuts to the missing years between Korra and Aang. I expect to see Korra make a break through with her air bending next week and possibly reveal who Amon is. 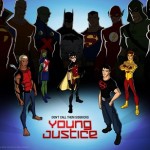 Young Justice is the highlight of my Saturdays though. I swear it is the best DC has going on right now. It is better than any comic series I’m currently thumbing through each week and better than any past animated series. I’m including Brave and the Bold in that, Batman the Animated Series, and Teen Titans in that statement. It is SOOO good. Their choice to jump five years from season one to season two was brilliant. Filling in the gaps while keeping up with the events of the present make for a really rich and well developed world full of characters to connect to. Unlike every other series in the world there was no gap between season one and season two. One week we watched the finale of one then a seamless transition into two. It was a complete shock to see Aqualad pull off the Black Manta helmet, but then to see Atrimis and Speedy walk up behind him at the end of today’s episode was knock you over shocking for a moment. Then I had to start piecing things together. I want more people to watch this show. If you haven’t seen it, do see it, soon. 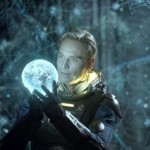 Ridley Scott finally unveiled his quasi prequel to Alien this weekend. So far the numbers look good and reviews have been reasonable. Ebert gave it all the positive he could muster. Mostly people seem to be swooning over Micheal Fassbender who plays the android David. See our review a few keystrokes back for more detail.

All-in-all it was a slow week in Geek. Hopefully next week something big and amazing will happen. G4 is coming back with new eps of AOTS. I know two weeks out I’ll be picking up my copy of Lego Batman 2 on the Vita. Watch for both that and the seperate review. In the meantime, follow us on twitter and feel free to follow me @werewolforigin and share any geek news or discuss anything covered within. The End.

Writer/Artist for X amount of years. Recently worked with people from IGN on a comic and studied writing under Victor Gischler of Marvel Comics at RSU in Oklahoma more X amount of years ago. Follow me @WerewolfOrigin on twitter
View all posts by Eric bookout →
Tagged  avatar, cartoon network, E3, G4, Geek News, Promthius, the legend of korra, Thundercats, Young Justice.
Bookmark the permalink.