8 Coming TV Shows to GeekOut Over

Recently TV has been making announcements on their line-ups; what’s being renewed (Community, Grimm, Parks and Rec, The Big Bang Theory), what’s been cancelled (Awake,   Alcatraz, Are You There Chelsea?), and what’s new. Of course plenty of things are ending soon of their own accord (HOUSE) or being cancelled with enough time to wrap their show up (Eureka). Right now I want to focus on the 8-ist shows coming soon that have my geek hair about to go Super Saiyan with excitement (that means it standing up). Let’s begin. 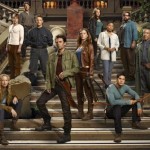 8. Revolution. J.J. Abrams has his hands in another TV show coming this fall on NBC. Along with Eric Kripke (Supernatural) and Jon Favreau this post apocalyptic prime time craziness is something I am already super excited about. They had me at “Gustavo”. 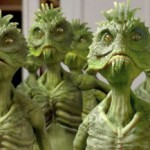 7. The Neighbors. Okay… ABC is taking a different approach at comedy. A few seasons back they hit a home run with Modern Family. Rumors of several series like the smash hit were circling on other networks. I for one expected ABC to try more of the same. I was surprised to see this in the upcoming fall line up. I don’t expect it to last long, but it looks like a fun ride. A family moves to the Suburbs to find all the neighbors are Aliens instead of  suburbanites. I’ll give it 3 episodes for sure. 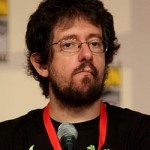 6. Adult Swim. Cartoon Network has a few goodies in the grab bag in the future. Harold and Kumar the Animated Series, and as if that wasn’t enough Eric Kaplan (above) of The Big Bang Theory and Futurama has his hands in a new Adult Swim program called King Star King. Not even sure what this one is about. A lot of the line up has been held kind of secret, but a good creative team usually equals a good show. 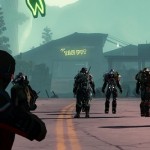 5. Defiance. SYFY is cooking up something new and different in the near future. I can’t figure out exactly how it works and I can only hope it is like the interactive murder mystery Push, Nevada. Hopefully it’s good and hopefully it last longer. All I can gather is that a Massively Multiplayer Online FPS video game is going to same how intertwine or interact  with the TV series on SYFY. Should definitely be style interesting.

4. Zero Hour. I’m iffy about this one. The Logo is cool and the name makes me think of the DC comics event from the late nineties. The show seems to be a sort of mash up of Uncharted and The DiVinci Code. Maybe throw in some Mythbusters and Anthony Edwards to make a puzzling supernatural mystery on ABC. It too will fall in my 3 ep rule. Three tries and you don’t have me hooked by then, you’re out. Just like Awake. 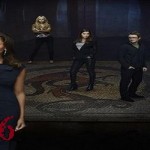 3. 666 Park. Another ABC show. ABC is aiming for my wheelhouse next season. Terry O’Quin of LOST plays what seems like the Devil in a skyrise apartment complex in NY, that might be Hell or Purgatory or Freddie’s Nightmare. People are signing contracts and poltergeist are making little girls hug TV screens while a bunch of sexy business people  pose all sexy on a rug that I’m pretty sure has three sixes hidden in its fabric. I might give this one four tries because the trailer looked crazy town banana pants.

2. Elementary. CBS has followed a trend that seems to have worked for several other series over the years, they borrowed from across the pond. BBC has their own version of this series called Sherlock which I haven’t caught but have heard good things about. I’m no stranger to the BBC and love a lot of what it puts out. Sometimes I think we do it better. Our version of The Office is funnier. Is that because it caters to our sense of humor. Yes. Being Human US is awesomesauce and has early Icons of geek culture Sam Witwer and Sam Huntington. A modern day female Sherlock Holmes could be cool. This is in my two spot and has been in my list of anticipated shows for a while.

1. Arrow. CW has a new DC hero series in the tradition of Smallville set to premier this fall. Until I heard this show existed I was holding Elementary out for the one spot. Justin Hartley was one of my favorite characters from the hit CW series about young Supes, so it is a bit disappointing to see newcomer Stephen Amell dawning the Emerald Archers green leather hoodie. But after the success they had with Smallville and its record setting ten season run I won’t let it get me too down. If they did it once before they can do it again. CW isn’t a stranger to successful television series. I finished Supernatural’s season finale’ tonight (what the H? Am I right? Dean trapped in Purgatory and Sam alone!). Of all the geek TV set to hit the waves next Fall Arrow is at the pinnacle right now and I can hardly wait.