I was thinking earlier about some of the books I’m gonna drop from my pull list (your getting real close Red Lanterns). This got me thinking about my favorite storylines of all time in comics. It’s Friday and I gotta get down on Friday, lets do a list. The 8 Comics to stop everything you’re doing and go out and read RIGHT NOW!

8. Old Man Logan. Mark Millar should have at least three books on this list. Maybe more. He’s brilliant and you could grab almost any of his works and get a good read in. They share a common theme so don’t read them in a row but all good stuff. Old Man Logan though is so amazing and brings about a nostalgia with characters who are still around today. It’s totally weird. Like, “I remember Red Skull” even though Red Skull is still around and causing problems. 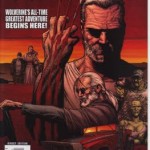 7. The Watchmen.  I almost left The Watchmen off this list. It is by far one of the best comics of all time and space. Even the movie rocked the muh’-freakin’ casbah. It might be the greatest read in comics ever (debatable). It’s so good though and everyone knows about it now because of the amazing adaptation it deserves a mention. I use The Watchmen to try an convert non-comic-readers to comic-readers. 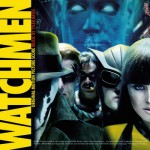 6. Green Arrow: Quiver. I like Green Arrow well enough. For me he’s always been a great character in other peoples stories. However, with Quiver Kevin Smith spins a yarn to rival the writings of Geoff Johns. The Emerald Archer, back from the dead, leads us along in an interesting and compelling rebirth. A good read by itself but better with the materials circling that time in DC Comics. 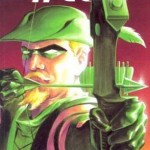 5. Green Lantern: Rebirth. If anyone can write a story equivalent of the writings of Geoff Johns it is  Geoff  Johns himself. He writes an amazing Geoff Johns like rebirth story with Green Lantern: Rebirth. Mr. Johns ties together past events, that likely never had any real rooting in continuity or future planning involved with them, in with the present and spins a web that has shaped the DCU today. 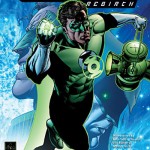 4. X-Factor. I love this series. My mind LITERALLY (It didn’t literally) fractured when Jamie absorbed that one little Madrox in that one scene and it made that one girl mad. *whispering* don’t want to give to much away. Read it. 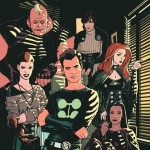 3. The Walking Dead. Another series I almost left off. It’s really that everyone knows this is great. Why be the bazzillionth person to say it. But it’s soooooo good. That’s why everyone says it. Say I’ll be bazzillion-and-one. I talk to people all the time who are completely blown away to find out this was even a comic series. The other half of them watch Talking Dead with Chris Hardwick and already know. If you’ve never read this series or seen the show pray the dead never rise because you aren’t prepared. 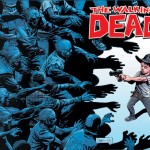 2. Locke and Key. I am ashamed to say I just started reading this series. I finished Welcome to Lovecraft last week and Head Games A few days later. I’m about to start Crown of Shadows. It’s been a long time since I’ve been this excited about a series. Some of the NEW 52 are worming their way their now. Can’t get enough of Damien Wayne (he reminds me of Joffrey Baratheon) and his relationship to the rest of the bat family. However, at the pace this is going I can see it being my “new” go-to book for converting the non-comic-readers to comic-readers. 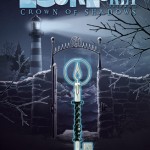 1. Daytripper. This is the current leader of the pack for what I pass to non-comic-readers. If I know a single person who just likes to read or likes a good story I might try to pass this to them. It’s really good, but something about it is so indy and different. It IS that perfect combination of story and visual imagery. The soft paint style creates an atmosphere that I’ve never gathered in a comic before. I’m not ever sure how I feel about the over-all story. It’s definitely different. I wanted to put so many things at the number one spot. I wanted to include Lenore and Red Son, but this is still the book I would give to any person. Any person at all, to try and promote that comics are a valid medium. For that it gets number one. 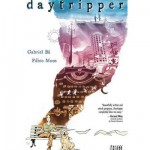