TWIG: My favorite RE boy is back! (And Ninjas.)

Silent Hill has been on a roll lately. This week there’s an HD collection, just in case you were missing being able to play the originals on your PS3. Resident Evil is set to have a good year this year, and as we can see below it starts with Leon, my first video game boyfriend. We met in Spain, and he had to rescue some other blonde, but that was okay. I frequently let her get killed and/or kidnapped. And then we broke up temporarily after I went after Dante, but we got back together after Virgil totally got jealous and butted in. (Freaky weird incense, okay, I don’t want to get too deep into it.)

Do you know what’s awesome about video games and their characters? You can talk about them however you want they won’t know a thing. Who is your favorite video game crush of all time? Don’t try to hide it, you know you had or currently have one. They don’t even have to be human, if you’re into that sort of thing. 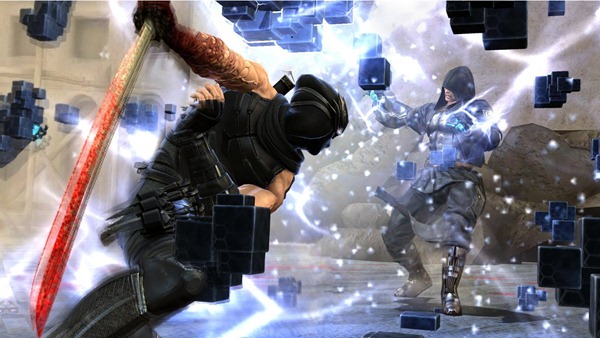 This is another series I’ve watched my friends play. I have never picked up a controller and tried to control Hayabusa myself, because it looks… hard! I think I’m having flashbacks of one of one of the Xbox Ninja Gaidens. Anyway. This incredibly popular series has a history that goes back to arcades in the 80s and this new game shouldn’t disappoint. Ryu Hayabusa is back to ninja his way around a vast city to defeat a masked man with ambiguous intentions, all while Hayabusa is battling his own inner demons.

One of the most iconic characters in video game history is set to be unmasked to the world. Ryu Hayabusa’s name and legacy resonates with video game players the world over, and yet, there is so much that the world does not know about the mysterious man behind the ninja mask. Ninja Gaiden 3 aims to take players on a journey with their hero Hayabusa once more, but this time they’ll see more from their protagonist than they ever imagined. For the first time in the beloved series, players will get a look at the world through Hayabusa’s torn eyes, and find out what drives him to fight, defend and kill.

At the center of the conflict this time around is a masked man whose motivations and goals are unclear. Over the course of the game, more is explained and unraveled which will keep players mesmerized. Through mysterious powers, which is seen through his arm, Hayabusa finds himself changing – and the lines between hero and villain, good and evil, are blurred forever. 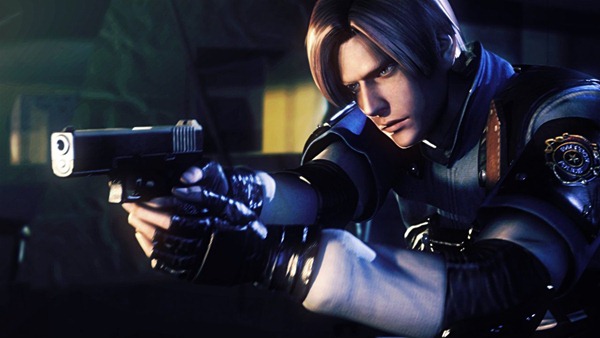 Set between RE 2 and Re 3, Operation Raccoon City is an extension of Leon and Claire’s adventure in forever-doomed city.  Wesker  and all your favorite Umbrella baddies are in the shadows while you adventure through the infected city again, this time in HD. Leon is my absolute favorite Resident Evil character so between this and RE 6, I am in Resident Evil heaven for the time being. Who is your favorite hero? Is it Chris? Jill? Sheva’s butt? We all want to know.

Story: It is September 1998 and the action centers on the ill-fated Raccoon City. When the Umbrella Corporation learns that one of its top scientists, Dr. William Birkin, plans to sell the experimental G-Virus to the US Government they order an elite team of Umbrella Security Service (U.S.S.) soldiers led by Hunk into their secret research facility to secure the only known sample of the virus. The operation takes a turn for the worse when Dr. Birkin injects himself with the last vial, mutating into a deadly creature, G-Birkin and over powering the team. During the battle the deadly T-Virus is leaked into the sewers and spread through Raccoon City, infecting the entire population.

Hearing of the outbreak, the U.S.S. team is given fresh orders to destroy all evidence of Umbrella’s involvement and silence anyone that might discover the truth. The Umbrella Biohazard Countermeasure Service (U.B.C.S.) are also deployed to help contain the situation. Meanwhile the US Government has quarantined the city and dispatched its own team of special operatives to determine the source of the mysterious outbreak. Caught up in the chaos are rookie police officer Leon S. Kennedy and Claire Redfield. 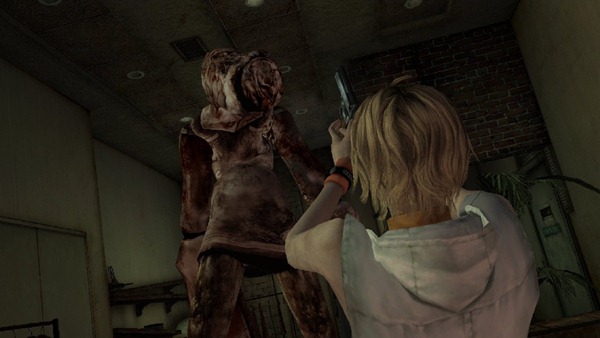 This remastered HD collection features Silent Hill 2 and Silent Hill 3. I get nervous just thinking about playing them in the dark. Vaya con dios if you do.  Is it wrong that I have a crush on Pyramid Head? Maybe that says something about me. The games are remastered to 720p and there is trophy integration with the PS3.

Silent Hill Re-Mastered Collection combines two classic spine-chilling Silent Hill titles from the past and brings them to the PlayStation 3. Introducing Silent Hill 2 and Silent Hill 3 with enhancements including true high-definition graphics, this offering gives new fans and old fans the opportunity to experience the early era of Silent Hill as a true genre-defining experience with the added value of two games.

Silent Hill 2 follows the sad story of James Sunderland as he woefully enters the sleepy town by a mysterious letter from his deceased wife. Seeking the chance to see her again beckoned by guilt and remorse, he stumbles upon his fears manifested through unseen evil and ominous characters leading him to the asylum of another world. The fight against the truth that his wife has died, James must escape the lumbering demon Red Pyramid (a.k.a Pyramid Head) along with his mystified fears that have taken the form of living monsters within the haze that is Silent Hill.

Serving as a sequel to the original Silent Hill game, Silent Hill 3 centers on the forces of the demonic cult that spreads the insanity of the otherworld through Claudia, a cult member attempting to bring Harry Mason’s daughter, Heather, into Silent Hill. With a subplot and themes involving the loss of innocence and childhood, a web of intrigue is spun by Claudia with intentions to birth a new god.

Apparently no one loves this game because the product descriptions are all crap. Anyway! This is a continuation of a mech action series that started with the Playstation. In the beginning it was more strategy based, then it became more action based, and now it’s back to concentrating more on strategy and map utilization. Do you like controlling robots of all sizes with guns on them? Then this is the game for you. If you have a Playstation, then you can start from the very beginning with game one and make your way up.

The ARMORED CORE series is renowned in the mech action genre for its intense one-on-one battles and customization options. ARMORED CORE V is a new entry that revolutionizes the series with more content than the previous games, a completely new atmosphere, and a robust offline mode. In addition, the online mode has been newly designed to focus on huge team-based battles on a global scale. 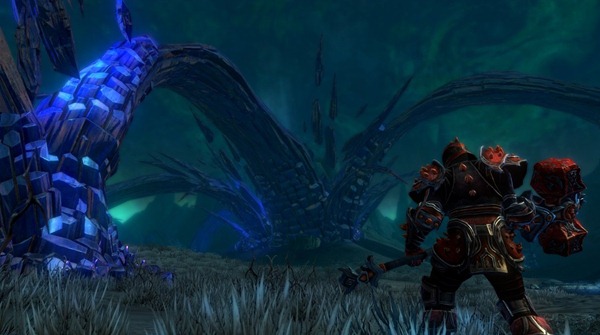 The first main DLC of Kingdoms of Amalur is coming and it will expand the game by 15%, which is already pretty long in the first place. Get your mustachio’d man out there and play those extra side missions and encounter more of those McFarlane-designed monsters. It will cost $9.99.

The legendary pirate Dead Kel and his Hanged Men have returned to haunt the seas of northern Amalur. Embark on a journey to the distant island of Gallows End with the eccentric Captain Brattigan in an adventure that will uncover a secret so great that it has incited wars and toppled kingdoms. Discover powerful new weapons and Twist of Fate Cards and use them to conquer the island’s unique inhabitants. Become the Lord of Gravehal Keep and lay claim to this once great fort that stands upon the edge of a cliff in the most expansive player housing option yet. In an extensive new story and a host of new side quests, battle treacherous new enemies and face exciting new challenges on the mysterious island of Gallows End.