Welcome one and all. First I will get to the most important part of this review. I really liked this movie. It was very awesome. I really recommend going and seeing it. Now that is really all you need to know honestly. Well, anyways on with my horrid review. Just be warned I keep my reviews way too short. I just can’t get specific without ruining the movie.

First the previews more or less sucked. The next Batman movie preview is still not at all making me excited to see it. I was hoping maybe seeing it on the big screen would help. 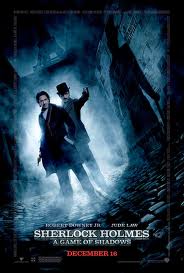 Now my major complaint so I can get it out of the way. The movie only had one plot hole in it that I didn’t like and it was really more of a plot thread from the first movie that they decided to leave dangling. Oh well, if that is the worse part of a movie we are doing okay. Next my minor gripe.

I will say that the cast was great and the sets amazing though. Anyways, I felt they might have found a better way of using Professor Moriarty though. I just can’t decide what the problem was. But, something just didn’t jive for me. Maybe it was the actor or perhaps the dialog? Who knows, I just know I can’t quite put my figure on it. 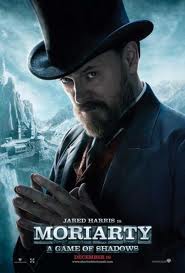 I will also take a moment to add that I really enjoyed the interactions between Sherlock and Mycroft. The addition of Mycroft to the film was well done and well used for the story.

The dialog was also very funny and very well written. Though I will also let it be know I did like the first film more. Not a real surprise at any rate. Most sequels are lucky if they can even be half as good. This one bucks the trend though and comes close.Now I have heard they want to make a third movie and let me just say with the way they are going. I hope we get more than just three.

If I used a silly rating scale or something like it I wouldn’t give this movie a perfect score but I would give it a near perfect score. So let us say I give it four Ramblers out of five Ramblers.