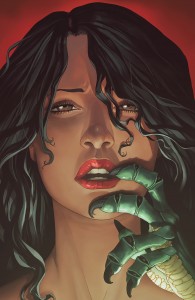 As I’ve covered in some of my previous reviews, such as Batwoman and Catwoman, DC is striving to attract an older readership with their New 52 Reboot.  Voodoo would fall under this category as well.

The story is definitely adult content driven, but the underlying story has a high-minded concept to it. 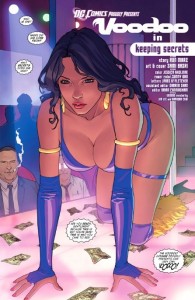 Yes, I’m aware that the first ten to twelve pages are riddled with mostly naked women.  Yes I know the issue is based in a strip club.  But I also know that Ron Marz is writing it.  And if there’s one thing Ron Marz can do, it’s write a solid story.

A lot of people have been down on this book from the start, but that’s just hating on the character.  They don’t think Voodoo can carry a book.  And maybe they’re right.  But Marz will do a heckuva job trying to prove them wrong. 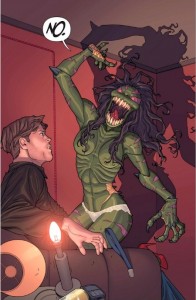 I don’t know a lot about Voodoo from her Wildstorm days, but this girl has some serious anger issues and a shape-shifting power to boot.  The whole thing is shaping up to be a pretty cool comic.

I know I’ve been talking this book up but Voodoo gets a QUEEN rating from me and that’s really based on the fact of what I’m comparing it to.  It can’t be a KING when the likes of Batman is. 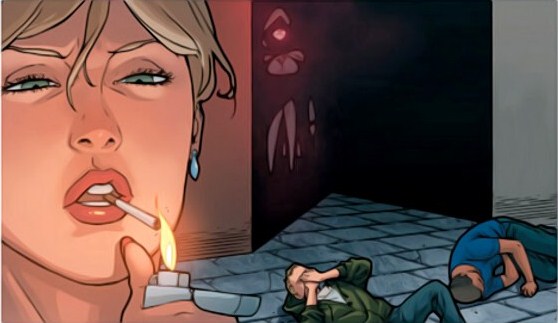