With the HP webOS Think Beyond event coming to a close, and the developer event starting in a few short hours, it feels like a great time to be part of the loyal webOS group. HP’s unveiled new phones, a very slick looking tablet, awesome updates to many features, and given us a clearer picture of a world all connected by webOS.

On the phone side of things, HP has 3 (2 for those who wish to be technical)  coming out this year. Tomorrow is the launch of the Verizon Pre 2, with a 1 ghz processor, 8 gigs of storage and 512 of RAM, and what should be the industry standard, a Gorilla Glass screen. It is the same size as the original Pre, but with a more robust keyboard. It also features Wifi, GPS, Flash support, and a 5 mp camera with flash. The Pre 2 has been on sale in unlocked GSM form on HP’s website since the end of last year, so I’ll give you this one if you don’t want to count it as new.

However, if your not ready to upgrade (or don’t want to jump to Verizon), then waiting for the Veer or Pre3 will satisfy your webOS needs. The Veer, also known as the world’s smallest smartphone, will be coming  to an HSPA+ carrier this spring. It features an 800 mhz processor, 8 gigs of storage and 512 of RAM, and a 2.6” screen. Literally, this thing is the size of a credit card. And somehow, someway, they tacked a slide out QWERTY keyboard on there, too. All the goodies come on this model also, though the camera sadly lacks a flash. Still, a great design for those who are sick of sticking a giant slab in their pocket.

Don’t think the specs on the Veer are impressive enough? How about the Pre3 then? With a 1.4 ghz snapdragon processor, 16 gb’s of storage and 512 RAM,  a 3.6” 480 x 800 display with vertical slide out QWERTY, a 5 mp camera with flash and HD video capture, plus a front facing camera, this phone was obviously meant to compete with the iPhone and Android handsets. Even better, the phone will be released on both GSM and CDMA networks this summer, though carriers haven’t been announced. 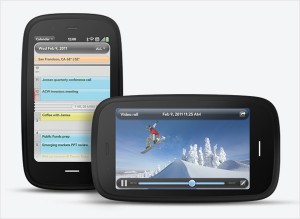 Of course, phones aren’t everything, and HP knows this. This summer, look forward to the Touchpad, the first webOS tablet. It features a 9.7”  1024 x 768 screen, 16 or 32 gb’s of storage and , dual core 1.2 ghz snapdragon processors, and  the standard Wifi, bluetooth, gps, and for all of you who have wanted a compass on a webOS device, a compass. The tablet features the Beats Audio system, which allows for playback of music in uncompressed 24 bit (this things going to sound beautiful). Also features a front facing camera, but lacks a back camera. It will launch with webOS vs 3.0, so it seems they are taking the Android route of keeping the OS for the different types of devices separate. The TouchPad will also support the touchstone, though not like the ones the phones use. It will double as a dock, capable of tilting to have more comfortable angles of typing and use. Also, the TouchPad will support call and text forwarding from your webOS phone via Bluetooth, so no more worrying about setting your phone on the charger and not noticing you got a text while you play Angry Birds on your TouchPad. 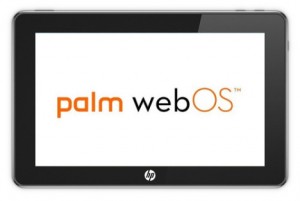 All of the phones and the tablet will have support for the touchstone charging system, like the originals. In addition, the new devices will support HP’s Synergy service, along with Just Type and, for the Pre3 and TouchPad, Touch to Transfer.  Synergy allows people to sync their user data from virtually every service to their webOS phone, such as their gmail or facebook contacts. Just Type replaces Universal Search in webOS 2.0 and up, and allows you to do just as it says, start typing and be able to open an app, select a contact, begin an email, send a tweet, pretty much anything without having to first open the app. Touch to Transfer allows you to transfer what you are doing on one device to another while one is charging on a touchstone through Bluetooth. Apps and web pages can be transferred, meaning you can start playing a game on your tablet, and when you go to leave for work, just tap it over to the phone, and continue when you get there.

Of course, all this new hardware and software updates are useless without things to do on them, and while only a few new apps were showcased at the event, HP did introduce us to some new partners for webOS. The first is Amazon’s Kindle service, and yes, the tablet will function as a full Kindle e-reader, though no word yet on whether the phones will get the app also. Time magazine and Sports Illustrated will also have the option to view and purchase content through the device, which gives it a pretty wide array of news. Skype support is being fleshed out for the Pre3 and TouchPad, and the demo at the event went beautifully between the two. 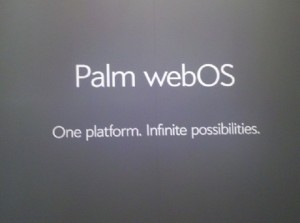 All of this ties to together to form HP’s vision of what webOS should be, but HP plans to take those visions one step further. HP has already announced that webOS will be coming to printers, but how about a webOS laptop? Or a PC? With HP selling 2 of these products every second, they’d like to get webOS in on the action. While details are scarce now, they have said to expect webOS powered PC’s in the near future, to allow for a better environment for developers.

Hi, I'm Sam Briggs, though you may know me as Manatee Man. I am the Dungeons and Dragons/Magic: The Gathering fanatic here, and one of the few remaining LAN gamer's in the world. I don't watch much TV or movies, but I love all things music. I occasionally play my Nintendo DS and Wii, but I'm a computer gamer at heart, owning 3 different gaming machines, all at various friends houses to make life easy. I also occasionally do some programming for cell phones, and I enjoy reading up on new developments in the mobile market.
View all posts by Manatee Man →
Tagged  HP, palm, pre, Think Beyond, touchPad, webOS.
Bookmark the permalink.