Motorola, why do you hate us so? 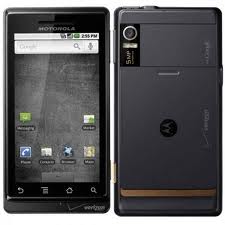 First they said that efuse would brick your Droid x if you tried to reflash it. When that didn’t work and we started to reflash our, more than willing, droids they had to change their strategy a bit.

Now Motorola is not only suing and sending cease and desist letters to all of the sites hosting the leaked froyo update for the Droid x, but they are warning users that if they update to the leaked Rom they won’t be able to update to the official version when it releases.

While I understand that a company wants their devices to operate a certain way, I don’t understand the sudden “do it our way or screw off” aditude that some companies have taken (ahem, AT&T).  HTC recently had the same basic issue with the leaked froyo update for the Evo 4g, however, HTC told Evo early updaters that while their handsets wouldn’t update when the official Rom came out they would be working on a fix for the issue and had that fix out in a matter of weeks.

It seems to me that Motorola is trying to make a platform that is inherently open and ready for this kind of customization more closed off and like that other “closed system” that we all love to talk about.

The only piece of advice I can give Motorola is this: any time you create a prohibition you create an underground.  I hope that as Android gets more popular that more people get brave and start making their phones do what they want them to do instead of what the maker or carrier wants them to do.  Also, before any of you say it in the comments, I do not expect phone makers to cover your phone with a warranty once you start messing with it. You break it doing something it wasn’t originally made to do and that is your problem.  Just don’t tell us we can’t do it.

A small time blogger with big time dreams and a love for everything geek.
View all posts by Jesse (The Pen of Doom) →
Tagged  android, cell, efuse, froyo, Motorola, phones, Rom.
Bookmark the permalink.