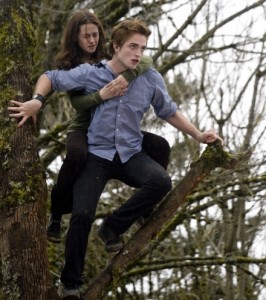 Anthony Damien Smythe, 23, was found dead in his seat in the Reading Cinema complex on Courtenay Place by a security guard at the end of the 6 p.m. screening of the latest Twilight film, Eclipse, on Sunday night. Click on the read more tab to hear what may have caused it and what local police are saying.

Ambulance and fire officers attended the scene and tried to resuscitate him.

“Preliminary results of the post-mortem examination conducted yesterday show there are no suspicious circumstances regarding his death,” Detective Senior Sergeant Scott Miller said.

Police are now investigating on behalf of the coroner who will determine the cause of death.

I don’t like to make fun of the death of such a young person, but he WAS watching Twilight all by himself.

My guess? He was really rootin’ for Team Jacob, or he was bored to death. Honestly, though, the most likely scenario is that after watching Kristen Stewart try to act for a couple hours his body said “F*$K IT!” and just gave up on life.

To me, the scary thing is that a security guard found him, meaning no one else in the theater thought it suspicious that he didn’t get up to leave when the movie ended. Sure, they could have thought he was sleeping, but common courtesy says you nudge the guy and at least tell him the crappy movie he spent $20 on is over.

I'm one of the main contributors to 8 DAG and I take pride in my other job as Public/Staff relations. I'm a comics and movie junkie and I love to podcast. Follow me on Twitter @BrandoCop
View all posts by Brandon C. Williams →
Tagged  creepy, crime, death, movie news, Twilight.
Bookmark the permalink.