Plastic Man had his own cartoon back in the late 70’s early 80’s and it’s about time he got his own live action feature. Below is a cast that I believe could do an amazing PG-13 version of Plastic Man 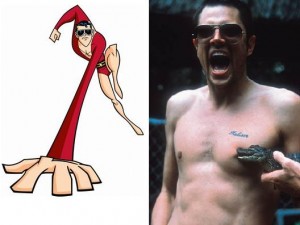 Patrick “Eel” O’Brein was a small time crook who, after a freak accident gains powers and decides to fight crime, mostly for publicity. Plastic Man is kind of dumb, an ex criminal, and always wears sunglasses. In Hollywood Knoxville is the closest equivalent around, he has proven himself as athletic and it’s about time he got in on the sweet superhero cash. 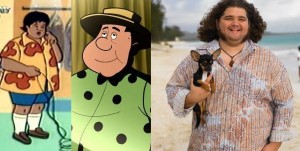 Woozy Winks is Plastic Man’s goofy sidekick and best friend. I had to change the character to best fit Hollywood so Wolfgang “Woozy” Winks got his nickname since he is bigger and anytime there’s any running away he gets out of breath and Woozy. I paid Homage to the cartoon equivalent of Woozy by making him wear Hawaiian shirts all the time. In the Hollywood version he is a small time crook, but he’s also a computer wiz who decides to help his best friend with his crime fighting. 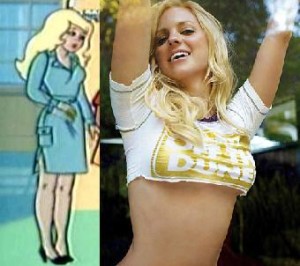 Penny is a beautiful, though slow witted, blond who is Plastic Mans love interest. I chose Anna Faris because she does hot and dumb really well.

The Weed is a recurring Plastic Man villain who was a sentient plant who wanted to take over the world. In my version The Weed was another crook who worked with Plastic Man and got drenched in chemicals as well, but instead of gaining stretch powers he began to turn into a plant and had control over other plants. The Weed takes over crime in Plastic Man’s city and it’s up to Plastic Man and Woozy to stop him.

I'm one of the main contributors to 8 DAG and I take pride in my other job as Public/Staff relations. I'm a comics and movie junkie and I love to podcast. Follow me on Twitter @BrandoCop
View all posts by Brandon C. Williams →
Tagged  dream cast, plastic man.
Bookmark the permalink.