10 Minutes with an iPad 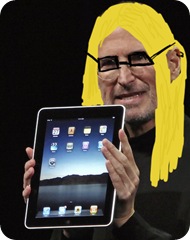 I’ve only been to the Apple store twice in my entire life, and both of those times were in the past few months.

Well, it’s simple. I bought my Macbook online, and when I did have to send it in to get it serviced, I used the phone/computer for everything. Considering the good Apple store is pretty far away from my house, in a mall full of people who think they’re better than me, it wasn’t convenient for me to truck up there every time I had an issue with Carmine (the Macbook.)

Today I was there for about 15 minutes, and most of that time was spent playing with a shiny new iPad. I didn’t get my picture taken with one, so I Faked one. I am a Photoshop Master.

I don’t have much to say that already hasn’t been said about the iPad. I really liked it, and I would love to own one. It seems like a great “bridge” between the smart phone and laptop… and I would totally whip it out in the grocery store if that’s what I had my list on. Cosmetically, it’s pretty. Technologically, it’s pretty much a blown up iPhone. Personally, I trust Apple hardware/software, so by default, I would trust that the iPad would run smoothly.

*I’ve read that outdoor light makes it impossible to see, unless you’re in full shade.

** With many applications, whenever you exit them they usually start where you left off when you open them again. There is multi-tasking per se, but it could use some improvement in that area. 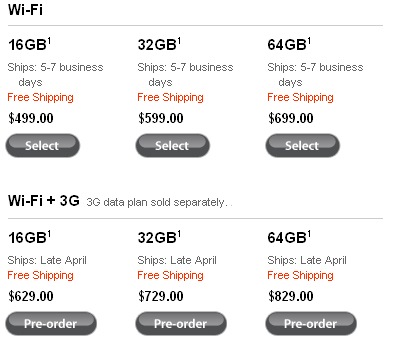 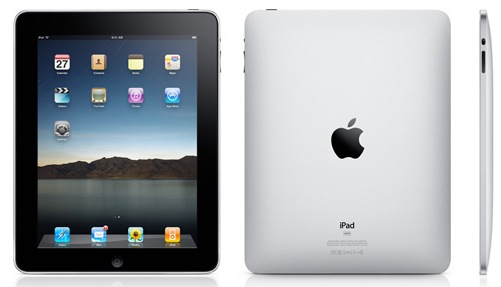