What’s going on at Activision and Infinity Ward? 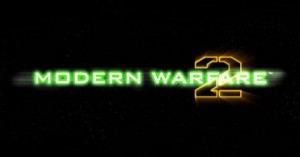 How many of you love Call of Duty: Modern Warfare 1 & 2? Well it’s developer Infinity Ward is having a few family problems.  On March 1st G4 broke the story of Jason West and Vince Zampella (the two minds behind the Modern Warfare franchise) had been fired by Activision.

No one knew what was going on at “The Ward”, at one point Jason and Vince were in a meeting the next there were “bouncer looking guys” roaming the office.  The next day  Activision issued a press release assuring fans that they have big plans for the Call of Duty franchise.  Activision also released the news of a new COD game coming in 2011 as well as a new take on the franchise from one of their newest studios, Sledgehammer Games. They also confirmed that Jason and Vince are in fact gone from the company.

On March 3rd Jason and Vince issued a press release stating that they were suing Activision for the events surrounding their termination.

On March 4th, a memo leaked from Activision hinting on to the company looking for “documents regarding West and Zampella’s communications with Activisions competitors, including but not limited to Electronic Arts.”

Any way you slice it we need not cry for Jason or Vince. I guarantee that their phones are ringing off the hook with studios and company wanting to grab up the brains behind MW.  We here at 8DAG wish them the best of luck and look forward to playing their next masterpiece.

A small time blogger with big time dreams and a love for everything geek.
View all posts by Jesse (The Pen of Doom) →
Tagged  Activison, COD, court, IW, Lawsuits, Modern Warfare.
Bookmark the permalink.