AppleGeeks
by Hawk and Ananth
(Bios for both)

(A page from the comic.) 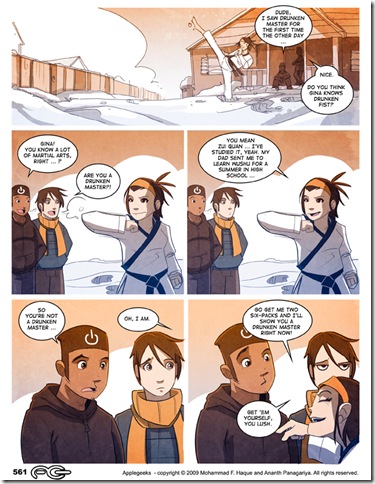 This is a good comic! AppleGeeks is usually about the misadventures of Hawk, a guy with an obsession with Apple products and inventing/tinkering with things. He even built an awesome android using apple hardware and software that he named Eve, who was originally supposed to be his girlfriend, but that wasn’t the case.

Start from the beginning with Issue 1.

There are two books out for the comic, which I highly recommend getting. Having a hard copy of an awesome comic is always a bonus on the bookshelf, plus it’s another way to support AppleGeeks. The comic usually updates on Monday and Thursday.