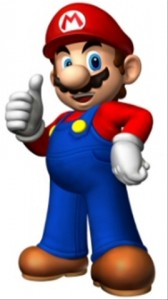 A lot of people read my Megaman posting showing the lamest and coolest villains, I wanted to continue that tradition so I now give you the lamest/coolest Mario characters! 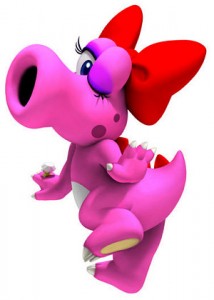 4. Birdo- Some people actually like this thing!?! It has a crappy design, it’s name is Birdo when it’s some kind of Dinosaur, it’s a transvestite, for real, it’s in the game books, it’s a dude who cross dresses and is in a relationship with Yoshi which either makes Yoshi gay or a woman which makes sense considering Yoshi lays eggs, but birdo spits eggs,Are they Yoshis eggs? Im so frakkin confused!?! and it’s method of attacking is by projectile vomiting  eggs at you, last time I checked eggs were the young of reptiles and birds, so reason states that she is basically chucking her babies at you. which make Birdo the only Cross-dressing abortion monster in videogames. 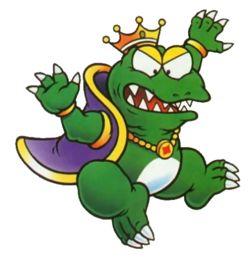 3.Wort- Remember him, of course you don’t he was the villain in Mario Bros 2, which I understand was turned into a Mario game from it’s original state but let’s look at it in continuity, The Princess is safe, Luigi and Toad are with you as well, no one seems to be in danger and even Bowser off taking a nap somewhere, so why are Mario and gang attacking Wort and his lackeys? Wort is lame, that’s why, he’s an overweight frog who is also apparently king of the land where radishes have faces, I guess the Mushroom Kingdom was getting a little to crowded so The Princess decided to Manifest Destiny Worts land without even a peace talk if you were Bowser you’d still manage to always find another hollowed out volcano to live in, to bad he’s cool and your not. 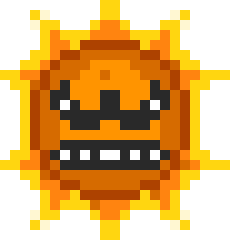 2.The Sun- only making 2 appearances first in Mario Bros 3 and then again in Mario kart Wii, the sun is a jerk, he attacks you for no reason and even if you kill him he can come back, whys he so angry? is it because no one likes his level? with it’s stupid tornadoes and quicksand teaming up with the murderous sun it’s like watching 2012, only thakfully this is much shorter 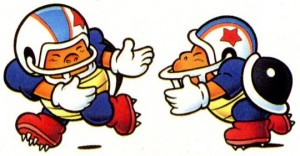 1.Chargin Chuck- I can suspend belief enough to accept that turtles can shrink you, and that mushrooms make you big, but why in the hell are there random ass football players sprinkled throughout Supermario land? and why the hell do they throw baseballs? Crap in a hat Japan you know what Baseball is get your shit straight! 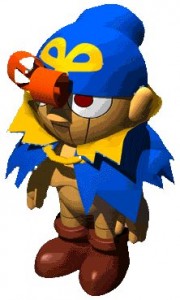 4.Geno- if you played Super Mario RPG you should know that Geno is a bad ass, not some whiny bitch cloud like Mallow, Geno is a tough as nails guardian of dreams possessing the body of a wooden toy, his fingers and arms can convert into small fire arms or massive cannons, that’s pure awesome! Geno hasn’t been back in the Mario universe since RPG which is a shame because he’s real cool, finger gun cool. 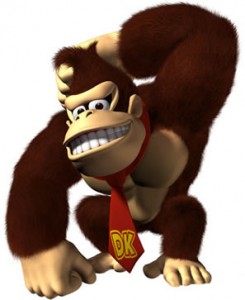 3. Donkey Kong- Although he is a star in his own now he was Mario’s first villain, A giant pissed off Gorilla with an unlimited supply of barrels and a craving for some princess, now he’s the patriarch of the Kong family and an  adventurer who has had some of the best games to be ever created, plus he doesn’t wear pants but he’ll always wear a tie, that cool enough by itself, and classy. 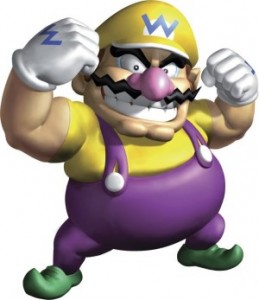 2. Wario- The Bizzarro Mario first showed up in Mario land 2: the six golden coins, but people didnt really get to know the purple and yellow madman until he came out with some of the best games ever, hands down, Wario Ware. Wario will do anything to make a quick buck and if you rode around on a bad ass bike like old Wario you’d understand why money is important. Sadly Wario also brought about Waluigi a pretty lame character but not the lamest see above for that. Wario also has a special place for me because of his awesome quotes in Mariokart. 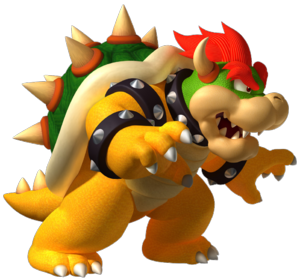 1.Bowser- Could it really be anyone else, he’s an evil dragon monster who is prone to kidnapping princesses, Bowser has been around since the beginning even as a baby he’s tormented Mario, and as he got older and had a whole mess of awesome offspring,(Who’s the mom?)He’s gotten even cooler, in Paper Mari he has one of the coolest lines ever “Stomping fools is my business! Show me a fool, I’ll stomp it! I don’t even need a reason!” he’s like a monster MR.T! It started out with him just guarding a mushroom dude in a bag and it has evolved into so much more, whether he’s flying his crazy little clown pod thing or busting through bricks with his ass everyone loves Bowser, Except the Princess, which I guess is the problem anyways.

I'm one of the main contributors to 8 DAG and I take pride in my other job as Public/Staff relations. I'm a comics and movie junkie and I love to podcast. Follow me on Twitter @BrandoCop
View all posts by Brandon C. Williams →
Tagged  coolest/lamest, lists, mario, top 8.
Bookmark the permalink.