Sprints newest ad on the airwaves is showing users that when using the “overdrive” wimax hotspot your iPhone, even if its 2G, can have a 4G connection and you’ll still have 4 connections left. This is a variation of the strategy used by some iPod touch users to get data on the go. The only thing I see as a benefit to me would be that the iPhone would think that it is on a wifi network, and would release its 10Mb cap on data. Other than that, there isn’t much I download on an iPhone that would warrant 4G speeds.

The wifi only iPad, however, would be a different story.

I also think it’s funny that the Sprint owner “Matt” (as in Matt Carter president of Sprint 4G) and the iPhone owner “Steve” (you already know this one) are the characters chosen for the ad. Also, at the end of the ad, “Matt” takes a bite out of an apple. Clever, Sprint. Kudos.

What do you think? Is 3G fast enough or do you need “more cowbell”. 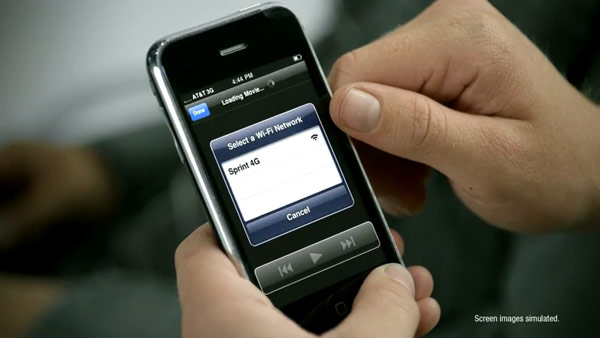 A small time blogger with big time dreams and a love for everything geek.
View all posts by Jesse (The Pen of Doom) →
Tagged  4G, cellphone, sprint, tech, wimax.
Bookmark the permalink.