Sonic 4: Not being developed by Sega Kotaku points out something interesting: Sonic 4 is not being developed by the Sonic studio team.

Rather, it’s being developed by Dimps,  who worked on Capcom’s Street Fighter IV and developed Sonic Advance, A Good Sonic Game. They are a company that is known for good 2D games, and have developed products that the Sonic Liking Community generally hails as good.

Sega handing off the game development to a reputable 2D company is a good thing, since the Sonic team-developed games of late have been mostly not that great. In short, a Sonic game with the Sonic Team stamp isn’t all that important, we just want a good Sonic game, and Sega Japan seems to have realized that. 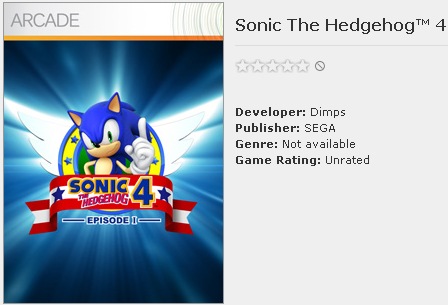