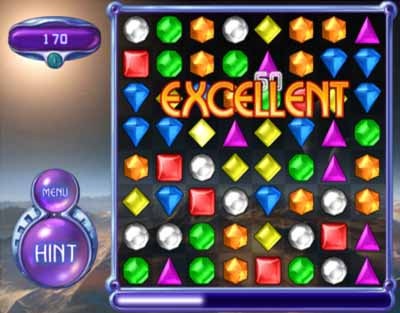 To date Bejeweled has sold over 50 million units. That’s a lot of time wasting, right there. It’s 10 years old now, having been released in 2000, and has spawned two sequels and a thousand knock-offs. (I own one, it’s fun.)

"Bejeweled has obviously succeeded beyond our wildest dreams," said Jason Kapalka, co-creator of the game and co-founder and chief creative officer at PopCap. "When Brian Fiete, John Vechey and I built the game ten years ago, we had no grand aspirations for it or PopCap, we were trying to survive as a company during the depths of the dot-com collapse. Little did we know we’d still be selling copies of Bejeweled a decade later!"