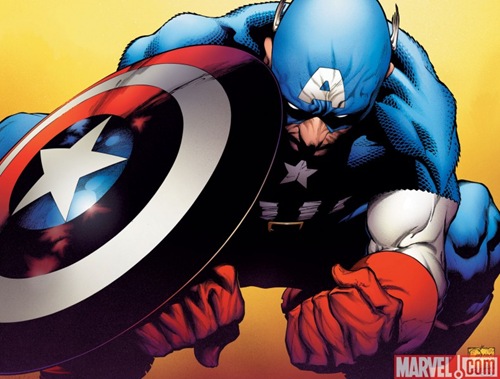 The First Item: Joe Johnston briefly walked off the set. Marvel told him that his budget was too high, and a pay cut might be in order. He didn’t like that. Both sides came to an agreement, or something along those lines, since Johnston returned to the set and production commenced once again. (Filming starts in June.)

The Second Item: CBM reported that someone had been cast as Steve Rogers—information from an inside source– and later retracted the story, deleting it from the website, but not before a few big movie gossip and news sites got to it. They did say to regard it as a rumor, so… who was it?

Remember : not official, not proven. Looks a little young to me, to be honest.

The Third Item: There’s an online petition that wants Jensen Ackles (of Supernatural) to play the part of ‘ol Steve. Have some basic information on Dean Jensen.

The Fourth Item: Now, a list of the dudes that have tried out for the part of Captain America, or are being considered for the part, compiled from Various Internet Sources and made into one list, since no has bothered to make one yet, or maybe I just can’t find it. Remember to include the two above with the guys below.

The criteria that Joe Johnston put forth for the currently unchosen actor was: all American, relatively unknown, able to go from wimpy USO performer to bulky super soldier. A lot of these guys fit that, a few don’t.

Basically, these are all the names I’ve stumbled upon in articles that are talking about the Captain America casting for Steve Rogers. Some are probably rumors, some might be wishful thinking, some are confirmed by Joe Johnston to have auditioned. Chris Pine was “chosen,” but that was proven to be a rumor. Argue amongst yourselves about the list. I’m tired of looking at the mugs of all these whiteys. Bye Bye.

* As far as well know it’s a multi-movie series in which he IS Cappy Kirk. Not my first pick for Cappy America, but high on my list.

** McPartlin has that look Johnston was going for, he’s my number one. Krasinski is my favorite actor in The Office, so I’m sort of rooting for him… even though others would be more suited for the role.