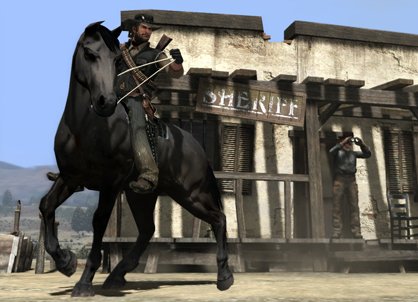 If you preorder Red Dead Redemption from Gamestop you get a special outfit to wear in the game. There are three outfits to choose from, and each of them affects how the characters in Redemption world interact with your character. Here’s the thing, though there are three ensembles to choose from, it gets narrowed down to one in an online vote that only pre-orderers can participate in. Rockstar will release information about the 3 sets of cowboy ensemble for players to choose from sooner than later and starting January 4th there will be a vote to narrow down which one goes into the game.

Once the game is released, those who preordered will be able to unlock the outfit during the game after going through a series of challenges, so a little work is involved in actually acquiring it.

Pictures and clothing descriptions to come whenever they’re released. And for you pre-orderers, don’t forget to vote! (Because if you don’t, you know the one you really, really don’t want is the one that will be chosen.)