Midas unhappy with PS3, decides to try the Wii 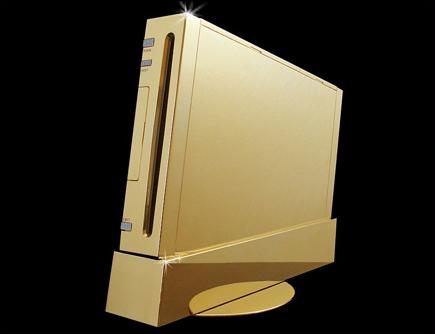 Stuart Hughes of England has dipped three Nintendo Wii(s) in gold, slapped on some diamonds, and will be selling them for $483,883.00 each. Mr. Hughes isn’t making any controllers, though. And the sensor bar, which could be some nice jewelry for your tv/entertainment center, is just the normal bar.

Go over to Kotaku and read Brian Ashcroft’s break down of what the Wii should actually cost, if you’re going by how much the gold and diamonds are worth.

Would you rather have a golden Wii or house? I know what I’d take. (Hint: it isn’t a gold-dipped entertainment system.)