There are a lot of bad horror movies. Some are so bad they have become cult classics and college kids all across the country have invented drinking games to make them better. You could make a list that’s 300 long and tear your brain out trying to put them in order. Is Ghoulies 3 really any better than Ghoulies 4? It’s a tough task. Using the criteria, some people had to have seen it, here’s the list of 8. 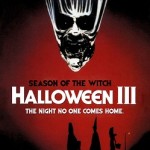 8. Halloween 3 (1982). While I didn’t want to include a lot of sequels on this list, Halloween 3 earns a special place because not only is it a bad movie, it’s part of a popular and classic horror franchise. It’s the only of the 73 Halloween movies to not feature Michael Meyers and has a horrible story concept about computerized halloween masks that murder children when the manufacturer’s commercial plays. When you hold them up together, maybe Demonic Toys 3 is worse, but it’s not the ugly stepchild of a successful franchise. So there you go Season Of The Witch, a special spot for you. 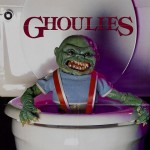 7. Ghoulies (1984). This wandered onto this list effortlessly. While many argue that Ghoulies 3: Ghoulies Go To College is the worst in this franchise, most people stand by the idea that “there should never have been any other Ghoulies movies”. This is really a ridiulously stupid movie, as if the picture to the left doesn’t confirm that, but for some reason I saw it quite a few times as a kid. I know a lot of people who have seen it. Why did people watch this and why did they make more? 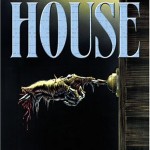 6. House (1986). I must have watched this movie a billion times when I was 8. It was actually pretty terrifying. The nieghbor gets killed and then morphs into a giant turd-monster. The main characters son is missing and George Wendt is hanging around for some reason like it’s not that big a deal that this guys kid might be dead. It turns out that his dead vietnam buddy stole his son for some reason and he goes through a mirror? I can’t really recall it that well even though I watched it less than a year ago. It sucks… it’s ok, I guess. But it still sucks. 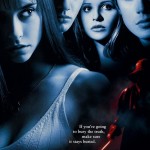 5. I Know What You Did Last Summer (1997). I know you’re thinking, “But that’s from the people who broughtm you Scream! And it stars the amazing Ryan Phillipe, Jennifer Love Hewitt, Freddie Prinze Jr, and Sarah Michelle Gueller!” but it’s stupid. And then they made it again. I Still Know What You Did Last Summer. People were making fun of this movie opening night, why did they make two of them? Or better yet, why didn’t they keep making them? We could have had, I Remember What Happened 3 Summers Ago, and I Haven’t Forgotten About That Incident from 4-years-ago That Happened in the Summer.

4. Leprechaun (1993). I shouldn’t even have to give reasons for why. The title alone almost let’s you know how much this movie sucks. Unlike Sharknado I don’t think the writer/director Mark Jones was intentionally making one of the worst movies ever made. I’ve seen this movie too many times and if I could go back in time and stop myself from ever owning a pair of parachute pants and wearing them in public or not see this movie, I wouldn’t see the movie. At least this movie paved the way for a ****-ton of shitty sequels. 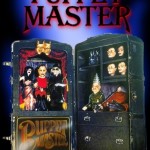 3. Puppet Master (1989). Even though this movie has some tiny iconic movie monsters (jester, Blade, Pinhead). It’s an effing ridiculous movie. An egyptian curse brings these puppets to life. Then the tiny little monsters go around killing and in some cases… seducing? Because a tiny little female puppet is what guys really want, if it weren’t for the fact that leeches come out of her mouth she might be the perfect woman. I guess it’s better than Demonic Toys. 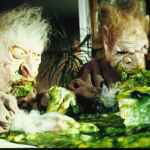 2. Troll 2 (1990). This movie has actually been voted as the worst movie ever made. Rotten Tomatoes gives it a better than it deserves at 6% and there is a documentary about how this movie is the worst thing ever created. It’s called Troll 2 yet they live in a town called “NILBOG” which is Goblin spellt backwards. It’s not even a real sequel, it just uses the name of another movie (like Halloween 3). This movie fails on so many levels and if you made into a drinking game you’d die of alcohol poisoning in 30-minutes. 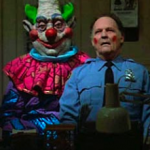 1. Killer Clowns From Outer Space (1988). When I asked people to help me out with some of the worst horror movies ever made, almost everyone I asked said this movie first. I loved this movie as a kid and I still think it’s fun. I think they knew they were making a bad movie when they set out on this project. It cost 2 million dollars to make! You don’t drop 2 million dollars on a movie called Killer Clowns From Outer Space thinking you just created the next Godfather. It is really dumb, and a really ridiculous concept, and they are supposedly making a sequel. It’s great and it sucks and it’s number 1 on our list.

I hope you enjoyed the list. I’m sure you’ve seen more than one of these garbage monsters and understand how they made their way onto this list. There are a lot of bad horror movies. I didn’t even use that many sequels and there is no question that some of the sequels to the movies listed here are far worse. Without a lot of these awful movies, those awful sequels would never have been made. So these are worse.