LAst night Dexter wrapped up a series eight seasons long in the making. We’ve watched the Bay Harbor Butcher (wrongfully accused anyways), the Tooth Fairy, The Trinity Killer, The Ice Truck Killer, and the Doomsday Killer. We’ve watched Sgt. Doakes, Lt. Laguerta, and Dexter’s own wife Rita fall victim to life in the presence of Miami’s Moral Code Murderer. It has been an up and down ride from start to finish. I remember feeling like I’d seen the most brilliant series ever devised after the first season. The second season confirmed it. Then the third season left me wanting and the fourth picked it back up. Strong fifth, hit and miss sixth and seventh, but season eight sure as eff drove it home. 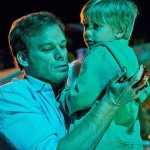 The eighth and final season wasn’t necesarily the best season of all seasons. Sure I was almost brought to tears as we said goodbye to characters who had been with us from episode one (and I don’t mean goodbye as in, this is the final episode. I mean goodbye as in, you’re dead). The heart strings they tugged at were some a-chords all the way. It was tought just to hear Dex say goodbye to Deb as he prepaired to leave Miami forver, then to see some of the key character cuts they made. I knew that all bets were off as we approached the season. I mean, when you’re backed into a corner bring in the man with the gun. But as a series finale I knew no one was safe. 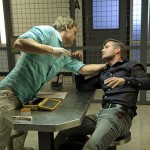 There was a cosmic right with the finale (let’s do a spoiler alert now because it’s becoming hard to talk around the key points). When Dexter dumped Debs body into the ocean and drove off into the hurricane, even though I didn’t necessarily agree with Hannah as the ideal mother for Harrison I understood his reason. Dex is a seriel killer and though he has feeling he can’t ever be normal. So the ultimate show of love would be to give up Harrison and hurt himself so that Harrison would never be the person on the slab. Harrison will never be the meat dangled in front of Dexter to make him act a certain way like some feral cat. But I still have to wonder… Hannah Mckay? 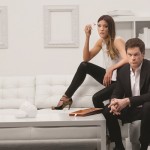 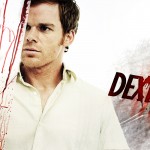 I could rant for eight more seasons but in truth I don’t know how I feel. Dexter was one of the best shows I’ve ever dealt with in my entire life and I’m almost dizzy with loss as it ends. I was disturbed by Deb’s death and confused by Dexters own suicidal delve into the sea. Confused by his decision to trust Hannah with his son forever, and at the boldness of saying “…congrats you’re his mom. Sorry for not asking how you felt.” But the loose ends were left to interpretation and I feel like it didn’t leave us too far from something we feel comfortable with. Dispite how sad and confused it left me I love this show and it will always be a five of five in my heart. The final season wasn’t it’s best but it was excellent still and I’m sad to say goodbye to my favorite serial killer. Goodbye Dex, you’ve made my dark thoughts seem a little more sane.

Feel free to disagree with me below or on twitteer @werewolforigin or @8daysageek and until the next big thing, see you ’round… like a record baby.