An Interview with Max Allan Collins 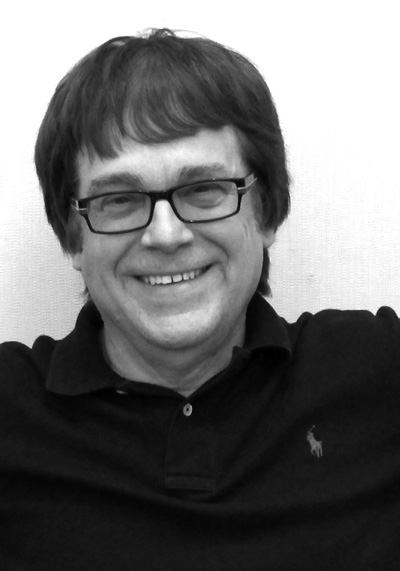 1. With all of the historically accurate people, places, and events in your books; how long do you typically have to research your subject before the book is finished?

That’s a tough one to quantify. Ever since I did TRUE DETECTIVE (1983), I have been on the lookout for subjects, usually real crimes, that might make a novel. So I might gather books and other research material years in advance of writing a novel, and might be reading about the subject over those years. Then, of course, really bearing down and focusing on what I’ve gathered when it’s time to do that book. SEDUCTION OF THE INNOCENT is a little different, because as a comics fan and writer, I have been aware of Dr. Wertham and the early ‘50s attack on comic books since childhood. I knew who Wertham was when I was six. My mom used to look at Parents Magazine’s monthly list of the comics she should or shouldn’t be allowing me to read. Fortunately, when they put DICK TRACY on that list – her own favorite comic strip – she stopped paying heed.

2. How much harder is it to write a book like Seduction of the Innocent, where you are fictionalizing real people and writing a novel with a character like Nate Heller who is a fictional character in a real world and situation?

I don’t know if it’s harder or just different, and in a way it’s not that different. To write about a real-life person as a character in a novel, you have to read up on that person and get to know them well enough to treat them as if you had made them up. So if I had called Dr. Wertham by his real name instead of giving him a fictional name, I would have probably read the same amount of research. Of course, I have a little more freedom in Jack Starr’s world than Nate Heller’s. It can be a looser, more fanciful characterization. For one thing, nobody murdered Dr. Wertham in real life…though a lot of people thought about it.

3. The cover of Seduction of the Innocent seems to be a character all its own and with art in the book itself in the same style what can you tell our readers about your own personal tastes in comic art? What are some of your favorite classic characters?

The idea behind the Jack and Maggie Starr series, with its setting and background in the world of 1950s comic strips and books, was to bring comics elements in, with my frequent collaborator Terry Beatty pitching in. That Orbik cover was based on an EC comic book I selected, and I script Terry’s contribution as I would for any comic book we were doing together. I wanted the Starr novels to be somewhere between a graphic novel and a prose novel, albeit heavier on the latter side. There’s an audio book version that obviously omits all the illustrations, and it still works well.

Getting to your question, I think it’s obvious I’m an EC fan, Johnny Craig in particular, and I devoured all sorts of comics in the ‘50s and ‘60s. I read Wayne Boring’s SUPERMAN and Dick Sprang’s BATMAN, as well as DICK TRACY and JOE PALOOKA reprint comics. I bought the first issues of all the Marvel stuff right off the stands, from AMAZING FANTASY 15 and FANTASTIC FOUR 1 on. Loved Ditko and Kirby. Was a huge fan of underground comix, particularly Crumb and Gilbert Shelton, and got to know personally Trina, Jay Lynch and a few others among the star cartoonists of the form. I’ve said openly that LONE WOLF AND CUB was a major influence on ROAD TO PERDITION, though perhaps not as overtly as some say. I’m probably most attuned to classic newspaper strips, TRACY of course and LI’L ABNER in particular. Big fan of all the major players, particularly in story strip, Milton Caniff, Will Eisner, Roy Crane, Alex Raymond, Harold Gray.

4. For any of our readers who don’t know who Jack and Maggie Starr could you talk a little about them?

Jack is the vice president of the Starr Newspaper Syndicate and Maggie is the owner and president – she’s also Jack’s stepmother and a famous retired striptease artist in the Gypsy Rose Lee mode. Jack had been a bad boy as a young man and a heavy drinker, though he straightened himself out during the war, as an M.P. But his father, the Major – one of the founders of the comic-book industry – married a succession of show girls before his death, with Maggie the latest of those. So she inherited the family business. Jack is only minorly resentful of Maggie for that, and while he finds her attractive, is generally immune to her beauty. Maggie is very coolly professional and intelligent, and is the Nero Wolfe to Jack’s Archie Goodwin. Jack’s a licensed P.I. with the Starr Syndicate his only client – a troubleshooter who handles background checks on talent, helps out when a cartoonist or columnist gets in a jam or is in the middle of a lawsuit. And, in these novels, once in a while there’s a murder to solve, though Jack is the legman who provides the evidence to Maggie for sorting out.

5. I can imagine you are a very busy man; are there any movie/tv projects we can look forward to you having a hand in?

I am toying with doing a Kickstarter project for an indie horror film I want to make here in the Midwest this summer – it’s called HOUSE OF BLOOD, and was done as a radio play for Fangoria’s Dreadtime Stories. My director of photography, Phil Dingeldein, is the d.p. of the locally shot footage on the popular PICKERS show, and we hope to have Danielle in the cast. I also have very serious interest right now in a cable show about my hitman character, Quarry, and Mike Hammer is going to be done as a film by Warner Bros. I am still trying to get a ROAD TO PERDITION sequel, based on my novel ROAD TO PURGATORY, off the ground, as well.

6. In closing, do you have any thoughts or words of wisdom for any of our readers who would like to write novels of their own?

You know, the landscape is so different now, I hardly know what to say. I am doing some work directly for Amazon, as a result of their great success with my backlist, Nate Heller in particular. I have friends who are successfully self-publishing in a manner I would have thought foolhardy just five years ago. Borders is gone, Barnes & Noble may be on the ropes. So who knows what the hell is going on.

But good storytelling remains good storytelling. There are some basic tips I can pass along. First, have some element of personal experience in the work, even writing genre fiction – especially writing genre fiction, where it’s tempting just to imitate somebody successful or somebody you just happen to like. Second, though imitation is limiting, a good way to learn is to look at your favorite novels in a clinical way – you know that you like the book, now think about why you like the book, examine how the author executed the thing. Where does the story start, what are first and last sentences of a chapter up to, is it in first person or third person and why…that sort of thing. I went to the University of Iowa’s Writers Workshop, perhaps the most famous writers school in the world. But while I was there, I only refined what I had already taught myself. This is a self-taught craft that sometimes turns into art. You have to be your own best teacher. Oh, and pay no attention to Elmore Leonard’s list of rules of writing. He’s a terrific crime writer, but most of that is horrible advice, unless you want to be Elmore Leonard when you grow up. And there already seems to be one.

A small time blogger with big time dreams and a love for everything geek.
View all posts by Jesse (The Pen of Doom) →
Tagged  allan, author, book, collins, interview, jack, maggie, Max, seduction of the innocent, starr, target lancer.
Bookmark the permalink.