Anyone familiar with my work here at 8DAG knows my life virtually revolves around the iOS platform. My ENTIRE life, at some point or another, in pieces or in whole, was stored in iCloud, so my take on Android’s latest flagship phone would naturally be a bit biased….but then again, I did say my life WAS stored in iCloud. It would appear that the elusive Nexus 4 has found me at the pinnacle of a major life-decision, a crossroads between the ever-familiar but functional iOS platform on one side and the brazen yet capable Android platform on the other. Which deal would Robert Johnson make at the? He chose the uncertain path that would bring him glory, of course! Here’s exactly why the Nexus 4 will make you want to think twice before signing the contract for that new iPhone.

First of all, anyone with an iPhone (not including you unlocked peeps) knows that a carrier is willing to subsidize your shiny new device if you’re willing to sign your mobile existence over to said carrier for the next two years. The Nexus series is restrained by no-such limitations. Google offers the Nexus series directly from the Play Store, unsubsidized yet affordable compared to the type of hardware it’s packing. Catering even more to the overall liberation of the Android experience, you are NOT restricted to any one GSM carrier for any certain period of time. Welcome to freedom.

I’ve been lucky enough to get my hands on some of the heavy hitters in the mobile computing market. At the time I began to dream up this review, the HTC One X was the prized machine for Android users. While it was nice, the pitiful battery life, coupled with the disrespect for HTC Sense forced me back to my iPhone 4S. Later, I was able to try a Samsung Galaxy S3. This device was much better than the One X in all ways, but after three weeks, the TouchWiz edition of ICS felt a bit stale in comparison to JellyBean we’d been hearing so much about. I regressed again. Now, I have found the true epitome of the Android experience. Nexus is Android the way Google intended: raw, real, and up to date at 4.2.

Yes, the good ole second iteration of JellyBean! Although this isn’t supposed to be a review on software, it’s a difficult subject to avoid when delving into such an innovative piece of technology. Android JellyBean 4.2 is the pinnacle of everything Android has been trying to be thus far. In my own opinion, Android as an OS, wasn’t relevant until the launch of ICS 4.0. Ever since, 4.1 and 4.2 have just expounded exponentially upon this magnificent creation Android has matured into. That means something, folks; I’m learning that while Android began a year or so behind iOS, their rate of progress is so impressive it’s mind-blowing! The bottom line? Nexus is Android in its natural habitat, the buttered toast of Google’s mobile OS. 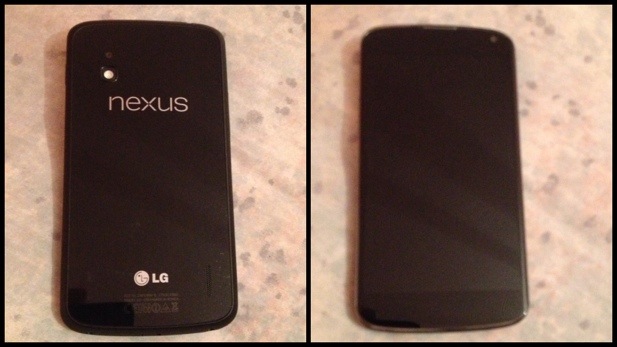 In Your Palms: The build quality feels anything but cheap. The body is refreshingly light and thin, even with its 4.7″ display. The Nexus 4 is more compact, in terms of height and holdability, when compared to the Samsung S3 with a similarly-sized screen. If I had any complaints about the N4 at all, I would’ve appreciated a larger battery simply for longevity purposes, but mostly the decision for its 2100 mAh powerhouse was a decent choice for weight and width of the hardware. Second, as beautiful as the glass backing with the mesmerizing shimmers can be, didn’t anyone learn a lesson from the iPhone 4/4S? Glass isn’t exactly a durable exterior for a device that will be used so often and occasionally placed in danger of being dropped.

Did I mention the screen? Oh, that 4.7″ display is beautiful, but typing with one hand is awfully difficult, especially if your paws aren’t particularly large(r). While this may not be an issue for some, I can’t help but consider certain crucial moments, such as typing a navigation destination into your phone while driving (an activity 8DAG does not condone, btw), in which one-handed capability would be beneficial. Oddly, this pain is greatly eased by JB 4.2’s built-in Swype-based type function, making one-handed typing surpisingly efficient and reliable. Larger screens are part of Android’s appeal, after all, and the native gesture-based typing method has finally eased large-screen woes and the single-handed. 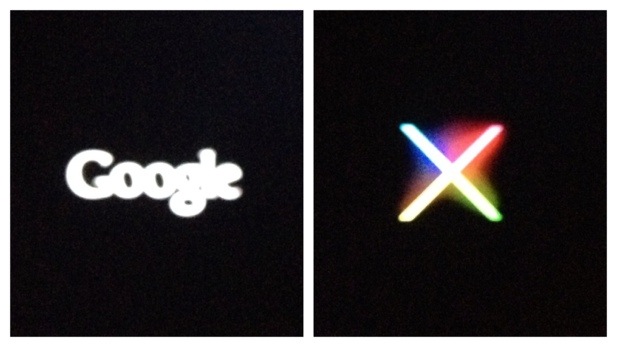 At the Core: It all comes down to the quad core Nexus 4 versus the dual core iPhone 5. Knowing how smooth iOS can seem on a dual core device, one can only imagine how much an Apple product could benefit from a quad core (at least for now). Running at 1.5 whopping ghz and 2 gigs of RAM, the Nexus 4 has the brute force to chug you through even the trickiest of multitasking and graphic-heavy endeavors, but does the N4 respond the way a quad core should? Android is not iOS, and it’s not intended to be, so it would be improper of me to say the Nexus 4 should operate more like the iPhone 5. That said, Google, even with Project Butter in JB 4.2, still has a little bit of ground to gain (as far as fluidity is concerned) on iOS. JB 4.2, even combined with a quad core Snapdragon S4 Pro, the N4 still produced several hiccups and stutters, such as the ones I experienced when writing this lengthy review. Most of of the blips wouldn’t even matter to the normal daily user, though. The straight truth is that the N4 is the ONLY Android experience worth participating in (just my own opinion, people).

Optimization: In regards to the blips mentioned above… based on the N4’s internal specifications, you’d be hard-pressed to find an individual who would claim the N4’s hardware to be anything less than cutting-edge. Simply put, the latest Nexus is a powerhouse built to push through even the toughest challenges, even if some of those challenges happen to be the OS it’s running on. Yes, I said it! Android 4.2 is, by far, the greatest thing to happen to the green robot since its inception, but I do believe most of the strange blips you see on the N4 are because of lack of OS optimization for this hefty hardware. My primary reasoning is because the minor glitches you will experience, such as keyboard lag and so forth, are extremely inconsistent from day to day, hour to hour, and even minute to minute. That’s not to say 4.2 is a ticking time bomb waiting to explode; I just think its not always prepared to keep up with your quad core dynamo. That said, I would almost guarantee Android 5.0 (Key Lime Pie?), rumored to launch this spring, will take the Nexus 4 to a completely different level; I’m talking BLAZING-fast, people! Get excited! 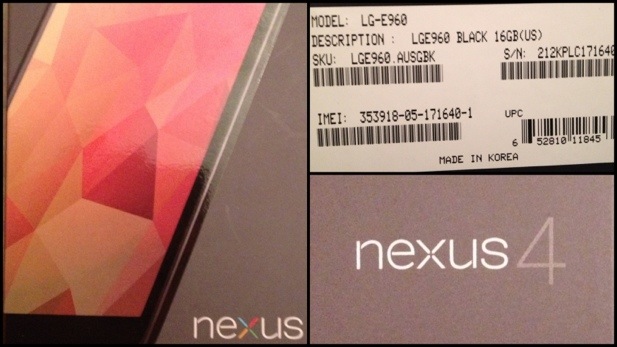 One Major Flaw: With the rate that technology is advancing, it becomes a risk when any manufacturer decides to leave a certain portion of technology from their products. The iPhone 5 saw this when they chose to deprive their new iOS device of NFC. No fear, the Nexus 4 has NFC, but it does NOT include LTE connectivity for the US market (the chip can be used on some Canadian networks for the time being). At the rate LTE is taking over the mobile airwaves, opting out of the option could prove to be a bigger mistake than it currently is, especially when the hardware is more than capable of powering it.

Sum it Up: 5/5; The Nexus 4 is a bonofied beast in every sense of the word. It’s screen is gorgeous. The build quality is superior, from the glass covers, to the soft-touch plastic ends, to the chrome-accented bezel, the sparkling backplate, and the latest rendition of Android OS. Not only that, no other smartphone in the USA market possesses such a powerful spec-sheet, save the new Motorola Droid DNA, and it doesn’t have stock Android, so I still don’t see the two on the same level. In my own opinion, the LG Nexus 4 is THE only Android device you need, want, etc. This device is the home run Google’s been building up to. I can’t wait to see what’s next…