It’s Sunday January 20th and here’s what’s been going on this week in geek. 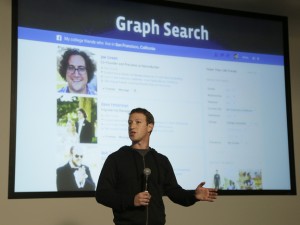 Facebook finally made some changes that people might care about. It’s been tanking hardcore since it went public and the momentum it once had has floundered like some sort of a fish type thing, you know, gasping for air or something… because maybe it isn’t in water anymore. Anyway, Mark Zuckerberg recently unveiled the new fb search feature “graph search” which will let you customize your searches, find and remove tags people have made of you in photos. This change likely comes as a push to keep it relevent, as activity on fb has been declining. Now you can find something someone posted even if you weren’t online during the ten minute window of it’s original posting or without scrolling through the 30 year timeline of their life. In it’s unveiling a presenter searched for “friends who watch Game of Thrones”, which will be awesome for wading out the losers who don’t watch GoT, but will help advertisers more easily find out who watches what and what we’re all into. Thanks fb! 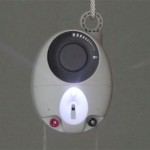 A pair of UK based designers have invented a light that powers itself without a battery using gravity. That’s right a gravity powered light. Now I like to envision a future where we use power like currency and each person where’s a unit collector all day every day gathering up all the kenetic energy they produce like a pedometer. We gather heat from the pavement, all the sunlight we can muster and that is what we use to buy things. But gravity? That’s too crazy for me. I’m not even sure I believe in gravity. But if I did, I’d probably check out one of these lights. You lift a weight and as it slowly (very slowly) descends from the fixture a tiny generator powers an LED which is brighter than a kerosene lamp. Sure you’d have to lift the weight every other week and you’d have to eat food to have the strength to lift the weight. You’d have to work to buy the food and people would still have to farm the food and all of that seems like a lot of work to power one little LED, but it’s a step in the right direction. Thanks UK scientist! 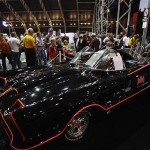 An Arizona man bought a 1955 Futura at an auction this Saturday for 4.2 Million Dollars. That seems a bit pricey for a car that never made it to production and was only a concept car. Increasing it’s value slightly would be its custom paint job and interior. And the fact that it was the original batmobile used in the 60’s Batman television series starring Adam West. Reproductions of this car sell for hundreds of thousands but there is only one original, and it’s new owner Rick Champagne will likely be asking for more than 4.2 mill when he is finally ready to part with it. Thanks a lot Rick Champagne! (now I’ll never own it. I had always secretly dreamed of finding it on a farm somewhere, owned by some guy who didn’t know what it was so he sells it to me for 100$ like on one of those junk/treasure shows) 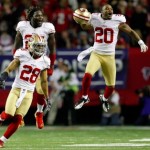 As of this moment as I am writing this the 49ers are the NFC champs and will be heading to Superbowl XLVII to face the as of yet unknown AFC champions (likely Baltimore). And according to this photo some members are capable of flight which may be an unfair advantage, we’ll have to wait for a ruling.

Also this week the Prez stepped into his second term with the official inauguration. He stumbled a bit during the proceedings but this trends during these events.

Well, that’s about all she wrote for this week in geek. Be sure to tune in next week, same bat time, same bat channel. If you have any news that you feel we have missed or could include more feel free to contact me via email or directly @werewolforigin

Writer/Artist for X amount of years. Recently worked with people from IGN on a comic and studied writing under Victor Gischler of Marvel Comics at RSU in Oklahoma more X amount of years ago. Follow me @WerewolfOrigin on twitter
View all posts by Eric bookout →
Tagged  49ers, About last night, batmobile, facebook, Geek News, News, NFC chamionship, superbowl.
Bookmark the permalink.