In the Fred Savage classic (people don’t say that enough) Wizard, we were introduced to Super Mario Bros. 3 for the first time. It was a game that changed the world.

I was ten-years-old when it came out. Blockbuster Video wasn’t even an established video empire yet, so it goes with out saying that it wasn’t on it’s radical downward spiral. Internet speeds were… IDK. I didn’t own a computer until 1998. What I do remember, is that Mario 3 was a shining beacon of gaming. It was the next installment in the gaming franchise that “was” Nintendo. Mario 3 introduced a plethora of new suits with all new attributes. Including Toonuki Mario! Which gave you the “leaf” powers and the ability to “stomp” by turning into a statue mid-jump! 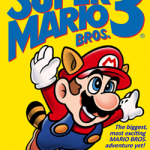 This was the game that shaped Mario for the future. It invented the character map. popularized the “red haired Bowser”, as well as brought the Bowzer family to the scene.

The game has an 8 level set up with a map system that lets you choose multiple routes to defeat each each level. It also introduces a series of innovative power ups that include flight and the ability to adapt the hammer brothers hammer throwing power. 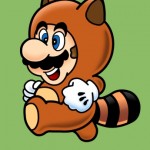 Still a side scrolling masterpiece, it is it’s own original story continuing the mushroom kingdom introduced in original Super Mario Bros. Super Mario 2 was a lacklaster masterpiece  inventing a new boss and really throwing a Mario name onto an entirely new platformer.

If this game only had the Toonuki Mario suit, it would be a masterpiece. Based off the tunuki raccoon dog in japan, which has transforming legends surrounding it’s adorable little body, the toonuki suit gives Mario the ability to fly and turn to stone. The stone ability lets enemies pass right by you with out causing damage, but more importantly it introduced the stomp or butt stump which is now a regular feature.

The most amazing players (which I am one of) can beat the game on a single life, but know all the secrets (and in my case, discovered them not read them in a strategy guide). Some of the best secrets of the game are the infinite life trick which you can utilize in several levels but is easiest in world 1-2 where you obtain Leaf Powers then use the slow decent of wagging your tail to bounce on dozens of goombas as they slowly come out of a pipe. The more goombas you crush with out touching the ground, the higher your score gets with each victim. The scores eventually become one-ups.

The ultimate secret is knowing where all three warp whistles are, and the fact that if you warp whistle from warp whistle island you can travel straight to world 8. The secret of falling through the white blocks by ducking is nifty (you have to do this to obtain one warp whistle), but the game is littered with dozens of other little tricks and hidden truths. I am not gonna reveal them all. Just go out and buy the game again and re-explore. This game gets a 5 of 5, a true icon of gaming.

Writer/Artist for X amount of years. Recently worked with people from IGN on a comic and studied writing under Victor Gischler of Marvel Comics at RSU in Oklahoma more X amount of years ago. Follow me @WerewolfOrigin on twitter
View all posts by Eric bookout →
Tagged  game reviews, mario, mario world, Nintendo, super mario, super mario 3.
Bookmark the permalink.