It’s been a long hard road out of hell, but we made it, and now it’s time to Geek. Let’s start the review. 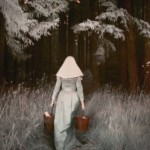 FX released two teasers for the second season of American Horror Story. The show was picked up for a second season officially last Halloween. The new season will not be about the Tate family or their home in L.A. but will take place in an entirely different location in an asylum. Jessica Lang, Zachery Quinto, and Evan Peters (who played the boy Tate) are set to return for the second season. Last season was a nutty ride and I had no clue how they planned to recover from the chaos it left us with. Like so few shows, American Horror Story wasn’t afraid to abuse the hell out of their characters. To the point of even effortlessly killing them like red shirts on a foreign planet. 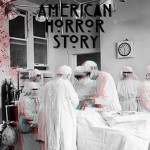 The two trailers released this week are short representations of the shows over all feel. Similar to the disturbing imagery from last seasons ad campaign they are mostly abstract cinematics. Both have an un named NUN character who more or less acts odd for 8-10 second (she hangs a blue dress on a wall in a white room and stares around blankly in one, then walks into the woods with two buckets in another. Dumping animal parts along the way of course). 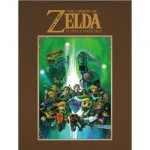 The Hyrule Historia, a detailed history of the Legend of Zelda and the Kingdom of Hyrule has been announced that it will make an American debut in Jan 2013. This will be awesome because my book collection needs more encyclopedias of nerd worlds. Also, the world of Hyrule is confusing. Wikipedia has a listing of the basic run down of Zelda Chronology which is is more confusing than the storyline of Momento. Retailing at around 39.99 your going to need this book if you ever hope to understand how Wind Waker and Twilight Princess take place parallel to each other. 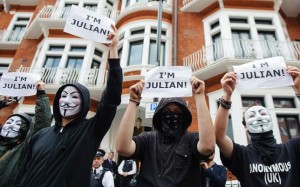 If you didn’t already know, Wiki-Leaks founder Julian Assange is taking asylum in an Ecuadorian Embassy in London. If he steps out from the embassy he will be arrested for “sex crimes” which there seems to be some speculation about and may not be entirely founded. Assange says that the American Gov. is just using these reported “sex crimes” as a ploy to arrest him and then seek some sort of retribution against him for his involvement with Wiki-Leaks which has leaked tons of classified Government documentation and information onto the net. Assange spoke from the balcony of the Embassy today about this.

Supporters of Assange are gathering outside to offer what little support and potential resistance they can in order to aid Assange in his escape to safer grounds. He is confined to a room inside the building which is legally Ecuadorian grounds. Talk of him being smuggled out in a crate or the trunk of a car, which by law would also be considered Ecuadorian ground while sealed, circle. We will keep watching. A similar case involving a Hungarian Cardinal resulted in a 15-year asylum inside a U.S. Embassy in Budapest. Let’s hope this doesn’t last that long. Our attention spans are much shorter now than they were in 1956. 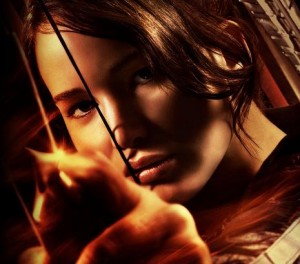 The Hunger Games was released to video a few days back (read our archived review). This movie was a critically acclaimed success and for good reason. Even though the story is young adult and has a touch of “love theme”, it’s incredibly dark and a well developed story. The film makers did a remarkable job adapting it for the screen. The movie has smashed a lot of box office records including some set by “subjective competitors”  The Twilight Saga and Harry Potter. Often the video release of a series precedes the release of another installment with very little time in-between. This is to garner attention to the franchise and help promote the next chapter. Not so with the Hunger Games. Catching Fire isn’t even set to film until next month. So it’ll be November 2013 before you can read that review #sadface

Well, it’s been fun. As always if you feel you have geek news you’d like to share or think we could be covering some nerd angle a little more in depth feel free to contact us directly. Otherwise, I’ll see you next week (not if I see you first, HAHAHAHA… wait. Nevermind).

Contact me via email at [email protected], twitter @werewolforigin, or just message me below in the contacts section.