I feel like I have to reassure some folks/me. There are some very big games coming out in 2012. Mass Effect 3 is in March, Resident Evil 6 is in November, Prototype 2 is in April, and don’t forget a new Tomb Raider and Ninja Gaiden III and the new BioShock game. This year is going to be a good one, this month has been okay so far.

Who can’t wait for March? Me! But not for the reason above. If you didn’t know, the ME3 demo is available. (Go, go, go!) You can play Mass Effect 3 while I go watch The Hunger Games.

As far as the games go, we’ve got a business-is-war shooter and an Asian God of War, the latter peaking my interest more than the first. 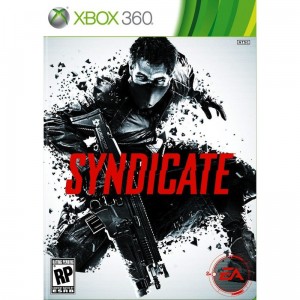 This game is a warning: don’t let businesses put computer chips in your head, no matter how great they will make it seem. Unless you’re one of their soldiers, then that would be awesome! Your character has access to pretty much anything on the wired network, which in true video game fashion won’t be a lot when you first start out. This “re-imagination” is based on the 1993 shooter, so the graphics will be better–I hope. The game itself? We’ll see. Available on all major consoles, except the Wii, and available four days early if bought as a PC download.

Product Description
Syndicate is the re-imagination of a cult classic franchise from 1993 – a unique action shooter set in a not too distant future, where Business is War. 2069 – No longer governed by politicians, the developed world is divided up into regions controlled by megacorporations known as Syndicates. These Syndicates have revolutionized how the consumer interacts with the digital world. No longer does the consumer require a device to access the world’s data and control their technology, they can do this at the blink of an eye via neural chip implant. Civilians flocked to be “chip’d” and enjoy all that their selected Syndicate has to offer; housing, medical, banking, insurance, education, entertainment and jobs. One complete package. One complete lifestyle. In return, the Syndicates gained unprecedented insights, and control, over the individual and their behaviour. With little governmental oversight, business has become war. The Syndicates will stop at nothing for ultimate market dominance. At the front line of this war are the Agents, the Syndicate’s bio-engineered and chip-augmented enforcers. They can breach anything in the wired world including their enemies, their weapons and the environment that surrounds them, making them the most efficient and deadly technological weapons in the world. Take on the role of Miles Kilo, Eurocorp’s latest prototype agent, and embark on a brutal action adventure of corruption and revenge. 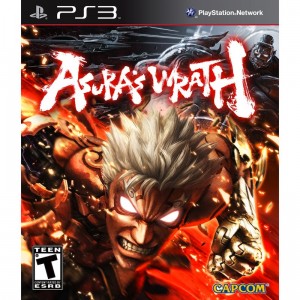 KratosAsura is a demigod. He is angry. He fights other gods and lesser enemies. This is Asian God Of War, and that’s all right. Like many other games, this one boasts playable cut scenes and pretty/devastating visuals. It’s my opinion this is at least worth a gamefly rental.(Or if someone wants to send me a copy, to send back to them, I’ll play it and let you know how it goes!)

Product Description
With unprecedented levels of dynamism, drama and interaction, Asura’s Wrath will deliver a fresh take on the action gaming genre. Once a revered deity, Asura was betrayed by his fellow gods and stripped of all his powers. Consumed by anger at the injustice he has suffered and swearing vengeance, Asura discovers he can use this fury to his advantage and turn it against his enemies. Cue relentless action as Asura finds himself facing off against numerous unique enemies, including planetary sized bosses, unleashing devastating and visceral attacks. Asura’s Wrath loses the traditional distinction between gameplay and cutscenes through seamless player controlled narrative. Simply put, even in cinematic sequences the player can control Asura, directly affecting the gameplay, making Asura’s Wrath a truly unique experience. 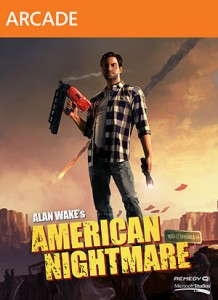 Hey, Alan Wake fanpeople, this is an itty bitty sequel to a game that I thought was a book for the longest time. Now I know better, and now I want to play the original game.

Plot
Alan Wake seems to be stuck in Arizona. Even worse, he seems to be inside one of his Night Springs episodes he wrote earlier in life when writing for the show. Whilst he uncovers a mystery of his own, he is caught between a battle of light and dark, whilst he reflects on the borderline of reality and fiction.