I live action Pokemon movie is a must, some things have to be changed though, sending a 12 year old out on an adventure is insane, think of a twelve year old you know…. now, would you trust them to go out on their own? Didn’t think so. so I upped the age to 17/18 range.

The idea is a trilogy with the possibility of a fourth, the gym leaders will all be celebrity cameos and we would mostly just follow Ash around with the random jump towards Team Rocket. Ash is the hero, young and new to pokemon, the first movie would be the first three gyms, with Brock and Misty joining him. Lt Surge is the first antagonist. Brock is defeated easily and Misty’s sisters at the Cerulean Gym being a montage, throw in a shady appearance by Giovanni and Team Rockets first attack and that’s the first movie. The second movie will start with the defeat of Erica and hop along through a tough battle with Sabrina being the main protagonist of the second film and Koja teaming up to stop Team Rocket and then a quick gym battle.Movie three will start with a Team Rocket attack then to Blaine for the seventh badge an finally the big baddie, Giovanni and team Rocket vs ash misty and Brock.The trilogy will end with a hint at a fourth movie against the elite 4 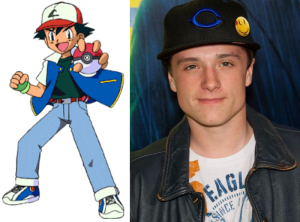 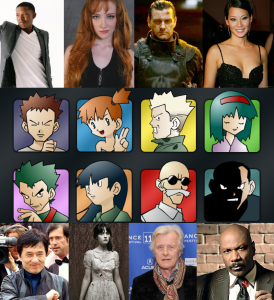 I'm one of the main contributors to 8 DAG and I take pride in my other job as Public/Staff relations. I'm a comics and movie junkie and I love to podcast. Follow me on Twitter @BrandoCop
View all posts by Brandon C. Williams →
Tagged  dream cast, Live action, pokemon, video game.
Bookmark the permalink.