A Vietnam veteran, on leave and spending time with his family in Central Park, has his 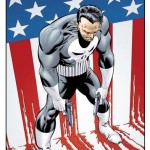 family gunned down by the mob because they stumbled upon a hit in progress.  That Vietnam vet that had his family murdered turned out to be the murderous vigilante known as The Punisher, who takes all facets of the law into his own hands.  Francis J. Castiglione (Frank Castle), like so many other Vietnam vets, has some baggage.  The things he has witnessed while in the jungles of Vietnam have been atrocious.  Initially, Frank attempts to fight back his urges.  He tries so hard to not give in to the impulse.  Unbeknownst to his fellow soldiers, Castle is fighting something dark inside of him.  As Garth Ennis so brilliantly demonstrated in the Punisher origin story, “Born,” Frank has been hearing voices in his head urging him to let go and lose control.  As his involvement in the war deepens, the voices get more and more persistent.  Prior to “Born,” one could say that The Punisher was born of a heartbroken man that was simply fed up with the lax judicial system and had the means to exact his own brand of justice.  But after Ennis’ origin story, we see that it goes much, much deeper than that.

In “Born,” we see that Frank has fallen in love with the war.  He has come to a point in his life where he needs war to feel happy.  It is also where we first get introduced to the voice that Frank hears in his head, the first glimpse into his dark mind.  This view of Frank Castle is what gives us a clue as to what may be haunting Frank.  Frank Castle’s increasing apathy for human life during the Vietnam War and his lack of emotional responsiveness are clear indications of Schizophrenia.  His auditory hallucinations throughout the war are coupled with his negative symptoms of apathy and lack of emotional responsiveness to strengthen the diagnosis of Schizophrenia.  At the conclusion of “Born,” and just prior to the murder of his family, Frank Castle finally gives into his inner voices during a horrific last stand against the enemy.  This allows for a total disconnect from his surroundings and a complete lack of apathy.  This disconnection is what allows Frank Castle to completely immerse himself in his war. 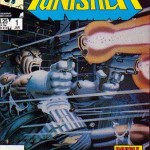 The Punisher is a character that has a deep psychological background.  As far as vigilantes go, The Punisher is as bad as it gets.  If you’re guilty, then he is the judge, jury, and executioner.  But it goes much deeper than a man getting retribution for the murder of his family at the hands of mobsters.  The Punisher persona was born prior to the death of his family.  That tragedy is simply what gave Frank Castle a new enemy and allowed him to continue what he started in Vietnam, at home.

I’m a lifelong comic book fan. Comics pulled me in at an early age, with influences ranging from Chris Claremont’s historic X-Men run, Walt Simonson’s Thor run, Mike Zeck’s run on The Punisher limited series, Jim Lee’s X-Men, the early 90’s X-Men animated series, and the best cartoon ever made, Batman: The Animated Series. As a kid, these comics and cartoons gave me a new world to go to when the real world wasn’t so nice. Because of this, comic books will always have a special place in my heart. I love everything about comics, and still get the same feeling reading them today as I did when I was a kid. My major in college was psychology, so I love to incorporate that into comics.
View all posts by Steven Brewer →
Tagged  comics, Frank, Frank Castle, marvel, Marvel Comics, Punisher, The Punisher.
Bookmark the permalink.