I got further along into the new Star Wars Blu-Ray set. Not much though. I still like what I am seeing though. Any who, when I get to a certain point I will do a little review of what I’ve thought. Not that it matter much the darn thing is like how old now? Yes I am slow.

And now the film I wanted to talk about. The Artist was mind blowing. It was awesome. It made so many other films look horrible by even slight comparison. I for once completely agree with the film critics. It was just amazing what they did with film. By far it is one of my all-time favorites. If I bought DVDs, this would be one I would buy. I just cannot praise this film enough. I know Brandon posted a very flattering review and already said many kind words but I just can’t pass up the chance to say some of my own. This is not a movie for everyone but, for those who are so inclined I really recommend it. It really is as close to perfect movie as you can get. 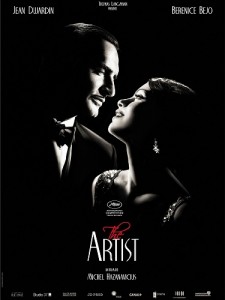 Now on the hand, I will sum my thoughts on The Grey as such. If I went blind I would still rather sit through The Artist again then sit through even a minute of The Grey. The Grey is so over hyped and it does not deserve any of it. There is no character development or even wolf killing. This whole movie should be about all of that. It has none. One wolf is killed and the only guy with any slight backstory is quickly dead. Good job guys. Don’t waste your money on this film. If I could do it all over again I would take my ticket money and burn it. That would be more enjoyable and exciting then this film. 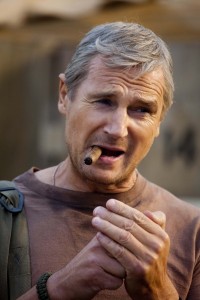 I hate it when a plan doesn't come together

And now something you will really enjoy! The End, see you next week.