8. Statler and Waldorf
These guys are mean, they heckle everyone and everything. Normally these are the kind of guys you hate, but man is it fun to hear them trash talk everything. 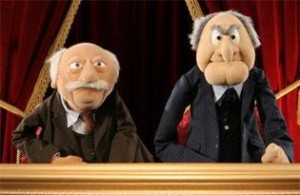 7. Sweetums
The giant scary brute that is easily the most terrifying Muppet couldn’t have a better name, the oddly named Sweetums has been everything from a pirate to a car jack. 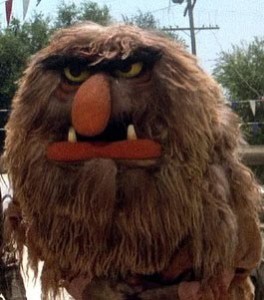 6. Swedish Chef
No one knows what he says and he has a fascination with Miss Piggy, he wants to cook her. Between his awesome Swedish accent and amazing mustache there is no reason to not like Swedish Chef. 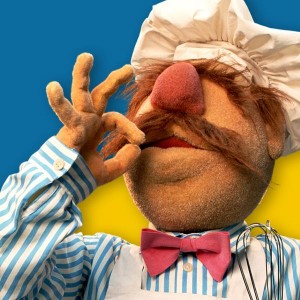 5. Gonzo
The loser, the underdog, the Ben Stiller of the Muppets is Gonzo, and much like Stiller people don’t really know what he is. Revealled to be an alien during Muppets from space Gonzo is just trying to fit in, with his Chicken girlfriend. 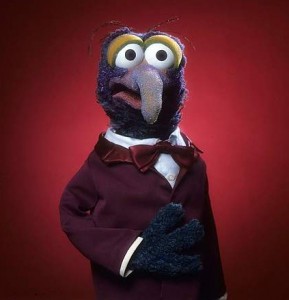 4. Animal
If you thought Sweetums was strange look at this guy, his name is Animal, yet he is one of the few non animal Muppets. He is harder to understand than Swedish Chef and has some serious anger issues. His Robot Chicken sketch about the fall of his band Electric Mayhem is still one of the best ever. 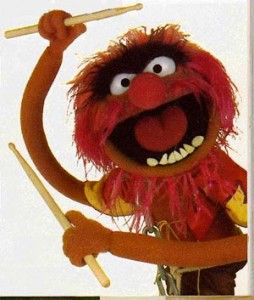 Yeah, I broke it myself!

3. Miss Piggy
If women empowerment ever needed a symbol to stand behind this is it. Miss Piggy is the toughes broad around, she knows karate, is an A list actress, and is in a relationship with the Brad Pitt of Muppets. 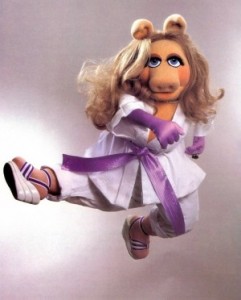 2. Fozzie
Everyone has said a bad joke that doesn’t get any laughs, its the awkward feeling you never want to feel again. Now imagine everyone of your jokes being a dud and you have Fozzie, this is the guy everyone loves and nobody want to be. 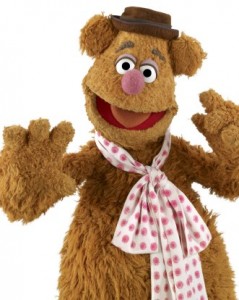 My cousin is so dumb, he thinks eggs benedict is a Mafia gangster!

1. Kermit
The everyman, Kermit is always nice, always good, and never hurts anyone. Every kid wanted to be Kermit, whether it was interviewing aliens on the moon or playing banjo in the swamp, Kermit is an idol. In todays media hungry world where horrible people are idolized it’s good to see a role model like Kermit come back, he is hands down my favorite Muppet and it’s hard to argue that he is the number one Muppet of all time, he even had cross over success being the most popular Muppet on stage and on Sesame Street. 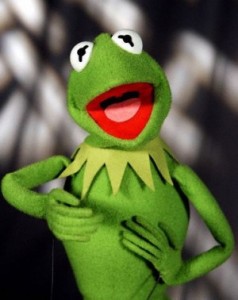 You have to treat the chickens pretty well, because they've got a very tough union.

I'm one of the main contributors to 8 DAG and I take pride in my other job as Public/Staff relations. I'm a comics and movie junkie and I love to podcast. Follow me on Twitter @BrandoCop
View all posts by Brandon C. Williams →
Tagged  Animal, Kermit, Miss Piggy, muppets, The Muppets, top lists.
Bookmark the permalink.