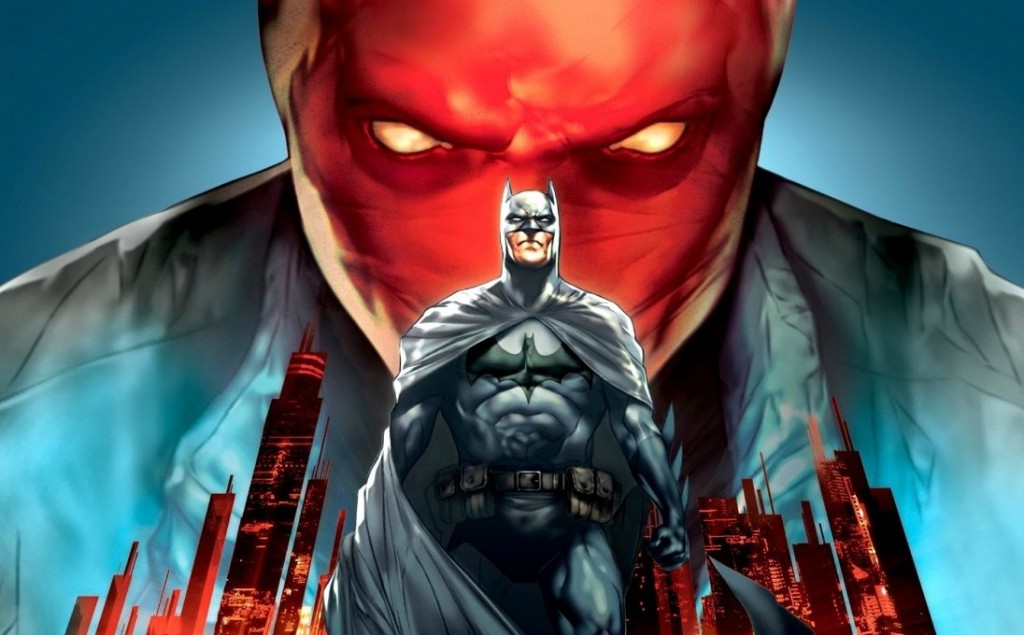 One of the great things about comics and sports (and being someone who loves them both with equal vigor I feel I can confidently speak to this point) is that fans of both tend to argue over the most inane things.  “Superman is TOTALLY faster than the Flash, of course.”  “Derek Jeter is clearly the best shortstop of all time, duh.”  It’s these kinds of discussions that lead to polarizing figures in both fields.  As a sports fan will hate the newly hired coach of their favorite team if they do not agree with his/her decisions so too will a comic fan hate the writer brought on to work on his/her favorite book if they do not like the direction the character is taken. 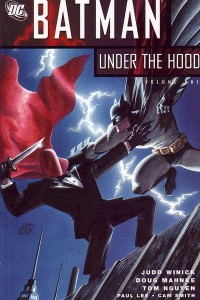 In that vein, Judd Winick is one of those writers.  Love him or hate him, he is a prominent part of the DCU now and for a long time to come.  His run on Batman during the mid-2000s became an incredibly successful and character-altering story.  Let’s jump right in!

Batman – Under the Red Hood starts out strong with a fight between Batman and a new version of an old villain, Red Hood.  We are treated to the reaction of Batman to the reveal to who this masked villain is before the story cuts back in time.  The entire first arc of the story then leads up to that reveal.

A few things on the state of Gotham at the time of this story: Black Mask has taken over the drug trade in the city and has risen to prominence as the most powerful villain (surely the Penguin must be fuming!).  Red Hood is pushing in on his business, trying to force all the underlings to work for him instead.  Hood uses force, not threats of force, to get his way.  For instance: when he secretly arranges for a meeting of all the mid-level crime bosses he tosses a bag onto the table containing the heads of each of their lieutenants.  Hood plays for keeps. 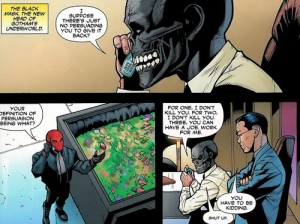 Black Mask’s tale runs parallel to the main story, interestingly enough this villain is rather intelligent.  He arranges for a massive shipment of Kryptonite to be shipped in and acquires the robot Amazo.  Clearly he’s preparing to defend his business from the possibility of interference from Superman.  Red Hood promptly steals the Kryptonite and sets Amazo off early forcing Batman and Nightwing to face the extraordinarily powerful villain.

Batman, being a master detective, starts to put the pieces together on who Red Hood really is.  This causes him to set meetings with people who have come back from the dead like Superman and Green Arrow.  He doesn’t find the answers he needs, but we are party to an interesting conversation between Bruce and Ollie. 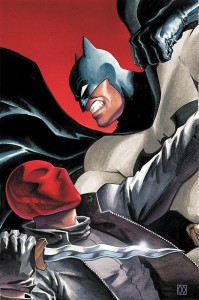 Oh, have I mentioned that Mr. Freeze is in the book?  No?  Well…he is, and crazy as damn ever.  The part he plays in this first arc is more like a set up for things that will happen later but it’s cool to know he’s involved.

So who is the Red Hood?  This I will not reveal…yet.  You have a week to find and read the collection/issues.  Next week it will be part of the article; fair warning.

Keep your eyes peeled to 8daysageek.com for next week’s conclusion of Batman – Under the Red Hood!