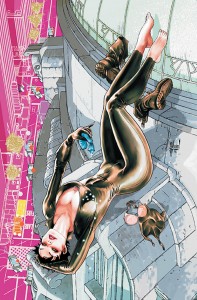 As my friend Matt Anderson said after reading issue one of DC’s New 52 Reboot of Catwoman, “I think Judd Winick just broke the Internet”.  I can honestly say I didn’t fully understand or have a true appreciation for what he meant until I read the issue for myself.

It’s true.  He broke it.  In the greatest way possible.

Artist Guillem March does a fantastic job of portraying Selina Kyle as a sexy, out-for-herself, yet still down-to-earth cat burglar.  He manages to throw in plenty of nearly topless shots of Kyle’s more-than ample breasts for good measure.  The very first panel is a semi-headless shot of Kyle pulling on her Catwoman outfit, but the focus of the shot is of her breasts nestled in a scathing red bra.

Clearly DC is taking Catwoman in a specific direction geared towards a more adult audience.  Like some of the other titles that have come out, Batwoman and Red Hood and the Outlaws there is a definite demographic that DC is reaching out to; adult men. 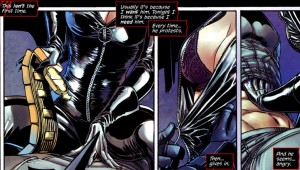 I’m sure fanboys everywhere were upset at the turn Catwoman has taken, but the fact is…she’s a sexy thief who has random sexual interludes with Batman and Winick is just bringing this to the forefront right off because, since this is happening in the “present” she has been without the real Bruce Wayne Batman in her life for quite some time.

Overall the story has some interesting twists, Winick hits on a few points from Kyle’s past when she is posing as a bartender at a Russian mobster party (more Russians!) and after using her sexuality to get close she decides to attack one of the men there.  I was very impressed with the story as a whole and the art as well. 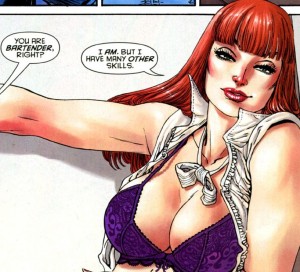 Catwoman gets an ACE rating from me. 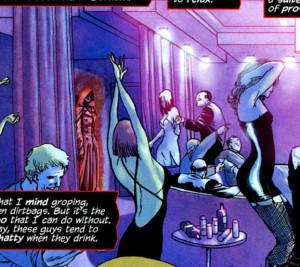