Today we are going to look at some new toys in my collection. When the Indiana Jones toy line abruptly ended, it left behind many nice and sadly un-made goodies. Hasbro has recently decided to fix this grave injustice. Also, it just happens to be the 30th anniversary of Raiders this year. Now that is also sad, no big deal or real notice for that. What a bum rap for such an epic event.

This set is made up from the lost wave of Raiders toys. Plus an extra attempt at remaking the classic outfit Indy. The original Indy released when the line began was decent. But, the facial sculpt could have been better. As the line went on many figures improved greatly. It was just that no decent classic Indy was around. Now that has been fixed too. So, thank you Hasbro.

Another neat treat for those who collect in the box is also included. Everyone has a small package to themselves inside the big one, and these fit right in with the old mass market packages from years ago. Again, way to go Hasbro! 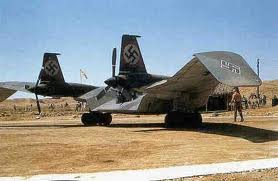 Only one thing really missing from this collection... but, what could it be?

Now for the sad part, unless you got this set from Hasbro like I did. This set is already close to and beyond in some cases the hundred dollar mark. And they say Indiana Jones has no merchandising potential. This thing sold out quick and is now in the stratosphere in pricing. That just is crazy, all I hope is that it might convince Hasbro to make more items!