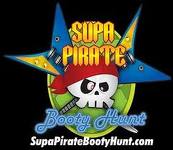 As I strolled through Artist Alley at the Wizard World Chicago ComiCon last week I found many of the participants to be engaging, though others were engrossed in a commission or conversation with other Con-goers as I passed by.  One artist that reached out to me was Steve Sievers of Level 27 Media.

His booth in the Alley was dedicated entirely to his project Supa Pirate Booty Hunt which follows Captain Zack Sievers on his tireless search for booty…both Pirate and Female.  He is joined on his quest by his companion Daniel the Turtle. 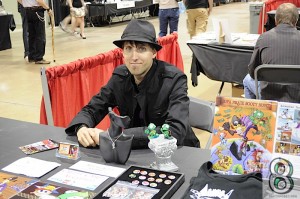 The story jumps off the page with childish/sexist humor that will appeal to the masses, thus making it popular.  But the story isn’t the appealing part of the book; it’s the promotion the book is working with that drew me in, Music Saves Lives. 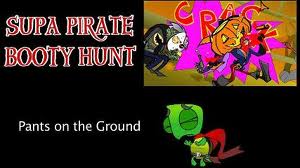 Music Saves Lives is an organization that teams the music and entertainment industry with blood drives.  A simple and incredibly effective idea.

Right now Booty Hunt has one book-form comic totaling about eight pages of content and the first episode of the web-show up on their site.  If you’re looking for a cheap laugh, definitely check it out, but don’t go in expecting anything other than a misogynist view of the treatment of women…and groin jokes.

Check out the interview my compatriots Brandon and Jesse here at 8daysageek did with Steve at WWC.