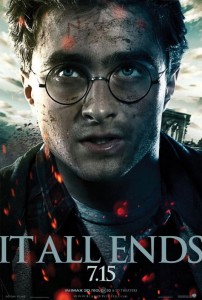 Harry Potter and the Deathly Hallows – Part 2, which I’ll call Part 2 for the rest of the review, was the final film in the Harry Potter 8 part series. Was this movie a suitable finale to such an epic franchise? Yes. Just the experience of waiting in line, seeing the die hard fans, and witnessing the emotions from those fans was something worth mentioning. I saw reactions from people like they knew the Potter kids, crying during the loss of friends and cheering at Ron’s kiss to Hermione. Potter fans will be pleased with this epic ending, that I’m sure of. 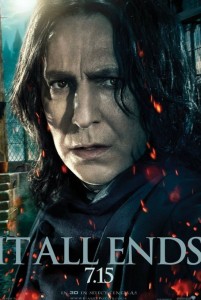 The movie starts right where the last one left off, giving the smallest amount of refreshing and reminding us that death is a very real possibility for even our favorite characters. Death comes in big numbers too, we lose characters we all love and we see the end of some very evil villains. Although I was angered about some of the deaths, it seemed like they killed them off screen and didn’t bother even showing us the honorable deaths. Some deaths hit hard, you watch and cringe at the losses, death is definitely the recurring theme of this movie. It seems like every other scene shows a new death. 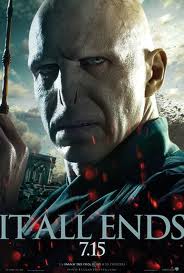 The film moves quick and the action really helps to amplify the story. The battle of Hogwarts was intense, the showdown between Harry and Voldemort was epic, and the slow moments really help to make you respect the action. Two particular scenes stand out to me, without spoiling anything there is a show down of Snap and McGonagall that is quick, but perfect and the other scene was a simple scene involving the main three and Draco and his cronies, it really helped to show how Draco views the situation and how virtuous Harry really is. 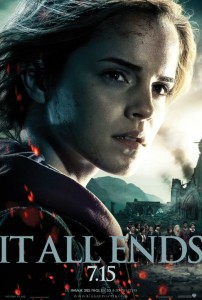 Easy to follow and full of the things that makes movies great. Full of emotion, with powerful scenes that will get you choked up, Part 2 drops some of the biggest bombs on you in such a way you don’t know what the right thing to do is. I don’t want to give anything away for those movie goers out there (even though the story has been out there for like 3 years), but secrets are revealed, friends die, and heroes are made.If you don’t tear up during Harry’s viewing of the history of Snape or when Ron finds his family after the first battle of Hogwarts then you have some emotional blocks you need to get fixed. 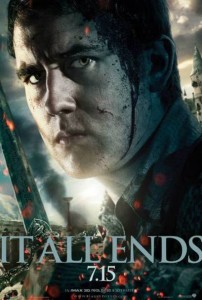 A common joke between a friend of mine and I is that the casting department hit the jackpot. First they had to hope that the main three were gonna grow into attractive adults and good actors, would the movies have been as endearing if  these kids never learned to act? Second, when the first movie was made we didn’t know what was going to happen, the story hadn’t been finished yet, what if Maggie Smith had died? What if Matthew Lewis hadn’t become a good looking guy. Would we accept Prof. McGonagall if she had changed faces as well as Dumbledore? Could we root for Neville Longbottom as a hero in the final movie if he had never grown into his teeth? These are questions that we won’t have to worry about. Afterall, the casting directors could apparently look 10 years into the future to make decisions, except for that whole Dumbledore thing…. 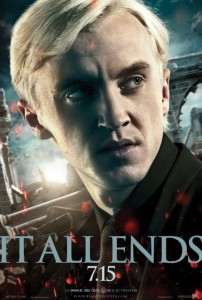 Overall, the movie was fantastic. I suggest it for anyone, fans or just movie buffs. If you haven’t seen the previous movies, see them, then go see this. You will not be dissapointed. I give the final class for our favorite magic students and A+

What did you think, did you love it as much as me. Please no spoilers.

I'm one of the main contributors to 8 DAG and I take pride in my other job as Public/Staff relations. I'm a comics and movie junkie and I love to podcast. Follow me on Twitter @BrandoCop
View all posts by Brandon C. Williams →
Tagged  Deathly Hallows part 2, Harry Potter, movie, review movie.
Bookmark the permalink.