Things that are grinding my gears as of late.

This may come across as me wanting this to fail. But, I don’t want it too. I just feel given the track record of both the company and others who try these silly things, I just have little faith. Not to mention what did they do to Superman! Oh, DC what will we ever do with you and your silly ways? On a side note the new Young Justice show is kinda good. Still not sure what they got going with that Wonder Woman show. I noticed the outfit from that is the new reboot look. Well, I better stop this before it goes to far.

Oh no! We better back up! This is too far! NO BAT-NIPPLES!!!

The Rock is Roadblock! Now nothing against The Rock but didn’t they just get done saying this time was going to be different. No silly nano-crap. No crazy exo-what evers. Yet, here we are. I have noticed they have been back paddling this thing for some time. At first it was a reboot (oh no that word again) and now it is a sequel with little in common or some crap like that. But, I got some good news for you all! They decided that Snake Eyes doesn’t need a mouth molded on his suit! Wow! Glad they got that squared away! Now if they could stop the Astrotrain wreck (ha ha) that is Transformers. 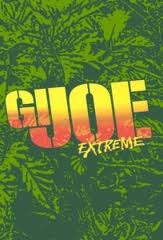 At least this part of Joe got left behind. Now if only Transformers could shake that monkey off their back called Best Wars.

And now some good news to end this on!

Weird Al has brought out his latest video. You need to check it out.