F Zero was a super fun game that many of us have fond memories of, and an epic race movie set in the future seems like something that everyone would want to see. Making the movie have an unbiased approach and not focus on any one racer instead a story of 5 drivers and the day before the big race. Then the climatic ending would be the race itself, I would make it a little grittier and have higher stakes though.

Driver of the Blue Falcon, Captain Falcon will be the reigning champ and on the edge of retiring with a perfect career, this is his last race on a new track, but the much needed practice round gets interuppted when he hears of some shady business going down, and above all else Cap is a crime fighter so he takes his chances and takes to the track blind. Jean Claude Van Damme is THE ONLY choice for this role as an aging crimefighter and plus, no one else can do the FALCON KICK! 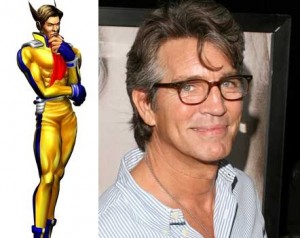 Driver of the Golden Fox, The benevolent Dr.Roberts only entered the race so he can fund his research on a cure for a deadly disease. Eric Roberts would be a perfect choice as the kind and intelligent Doctor. 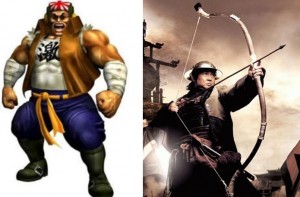 Driver of the Fire Stingray, Captain Falcons longest rival who finally gets a shot at redemption, Goroh was DQ’d during his last race for cheating and this race he is not only looking to get the title, but regain his honor. Samo Hung would bring the hefty Samurai to life with more depth then people expect, a perfect choice.

Driver of the Wild Goose, Pico is misunderstood, his people have long been enemies of Earth and he is looked down upon by all humans as a violent beast. He wants to win and show Earth that not all of his kind are bad and bring a good name to his species, and hide his past as an assassin . Although it would just be actor in a suit the voice of Pico should be none other than Kevin McDonald, an actor who has the perfect voice. 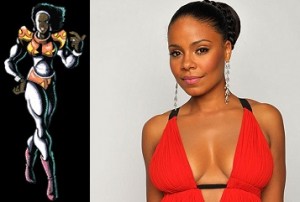 driver of the Super Pirahna, Kate Allen, a young woman who wanted nothing more than to be famous. She’s tried being an actress and a musician, but she never took off. Now that shes 30 she’s worried that soon she will be too old to be a star, she wants to win this race for the publicity and so she can jump start her career. Sanaa Lathan is young and breautiful, and would really sex up this sausage fest of a cast.

The movie follows the few minutes before the race for each of these racers, then the climax of the movie is the big race, each character will draw in a different fan, everyone will have the car they want to win. Who will win? You’ll have to wait and see.

I'm one of the main contributors to 8 DAG and I take pride in my other job as Public/Staff relations. I'm a comics and movie junkie and I love to podcast. Follow me on Twitter @BrandoCop
View all posts by Brandon C. Williams →
Tagged  dream cast, f zero, video games.
Bookmark the permalink.