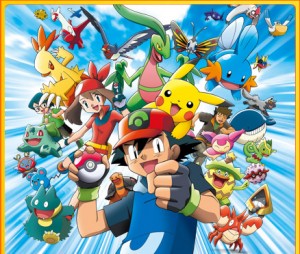 What’s bad about Pokemon, you may ask? Well, ask 8 Days A Geek contributor Manatee Man,  and he will tell you. Pokemon breeds violence, hoarding, and animal abuse. Let’s break that down, how do you solve your problems? From issues as small as walking along the same road, to huge problems like being mugged by a violent gang (I’m looking at you Team Rocket), problems are solved by fighting. Not just fist fighting either, instead you fight with a wild animal you took from the wild to serve as your own fighting cock. Gotta catch em’ all. Really Pokemon? Could you honestly be raising kids to be more likely to become a hoarder? 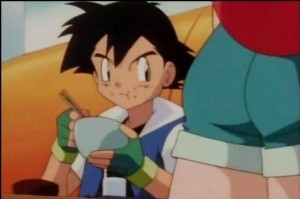 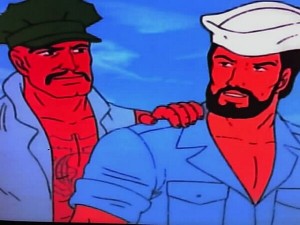 While G.I. Joe gave us important lessons on responsibility and pork chop sandwiches, but they also taught kids to be incredibly racist. Every Joe that was a different ethnicity was an extreme stereotype of said ethnicity. Roadblock seemed like he wasn’t to racist at first, but as we delved into his background more and more stereotypes took hold. I’m not even gonna comment on Steel Spirit and Tunnel Rat, the Native American and Vietnamese (respectively) walking racial slurs. Plus, have you seen Gung Ho? That guy is strange and possibly a closet homosexual, I would of liked the character a lot more if he were gay, he would be a little more relevant to the boys who played with old school Joes so Barbie had a date with a beard.

Plus, this came from that, so you know, another reason to hate it. 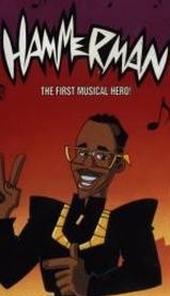 He doesn't even use a hammer

MC Hammer was a pretty clean rapper, and if any rapper deserves a cartoon it’s the ICP….. Seriously, they could teach kids how magnets work and learn with them! Back to the point, MC Hammer was whoring out his career to anything that would use his name. This flash in the pan fad was short lived and that was probably best. 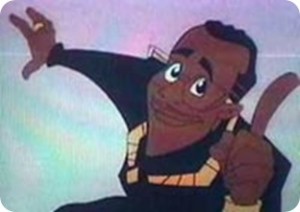 and remember kids, invest! Or else you'll be doing cash to gold commercials as well. 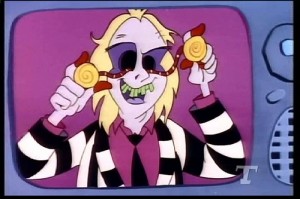 I loved this cartoon, so you know, I’m not just crapping on shows I hate. Beetlejuice, the heart warming tale of an underage girl being forced to marry a man she doesn’t love. Never looked at it that way huh? Was Burton voicing his opinions on arranged marriage? Who knows? All I know is that a guy, that I’m pretty sure is a sexual predator got a childrens show where he and his victim became friends and went on zany adventures. All the while being an evil phanrtasm that is stuck in purgatory so he wouldn’t go to hell. 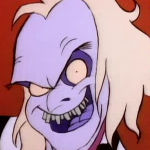 yeah, I'm about a roofie away from date rape

4. Tales From The Crypt Creeper 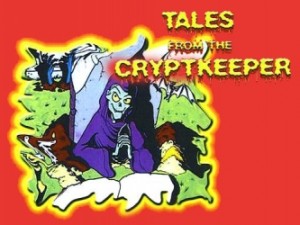 I used to stay up late and watch Tales From The Crypt, in hopes to see boobs and blood, which I got, so when I heard they were making a kids version I thought it would have to be the worst piece of crap ever, I was right. I remember stories on late at night with all the cameos, like Joe Pesci being sawed in half by super hot gothic twins, or Bobcat Goldthwaite being attacked by a guy with his twin brother who is a mutated fetus attached to his hand. These were great scary stories, and they were replaced with stories about an evil peanut butter and jelly sandwich. 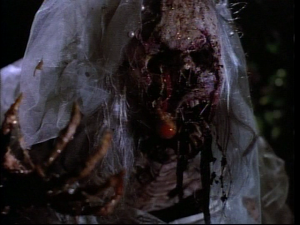 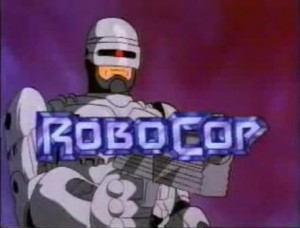 Everyone knows I love Robocop, I watched it as a child and it was one of my favorites. I’ll admit my parents were horrible and as a child I probably shouldn’t have watched movies like this and Predator. Regardless, of my parents questionable skills, a rated R movie that had attempted rape, a cop being killed, a dude being stabbed in the neck, and my personal favorite, an acid drenched goon being disintegrated when he is hit by a stolen car. Even with all this some thought, that this needs to be a kids cartoon. 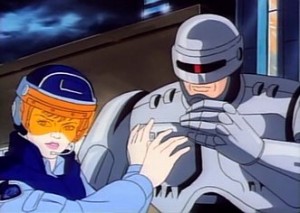 They'll fix you, they fix everything....except this crappy cartoon 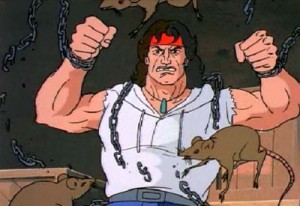 remember when I tried to kill that small town sheriff? Now I throw rats around.

Yes, A movie about an emotionally scared Vietnam vet, who decides to wage war on the local police who drew “First Blood”.  John Rambo was a violent man, he killed many, MANY people and was supposed to be a one man incarnation of the issues that Vietnam vets were suffering. What it became was a horrible mess of a cartoon that had Rambo fighting evil centaurs and basically making an absolute fool of the character of John Rambo. 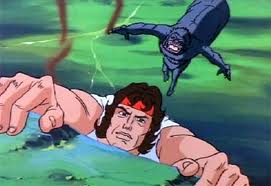 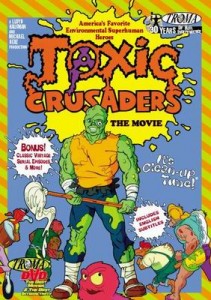 I collected this stuff as a kid. Seriously.

This was some type of joke, it had to be. The movie The Toxic Avenger, had rape, nudity, mega violence, extreme gore, and even a child’s murder via running over a kid multiple times. The hero was a deformed freak transformed by toxic waste into a criminal killing beast who banged a blind chick. Honestly Troma films are barely allowed to be shown let alone to children, yet some one som where thought that this should be something we expose children to. Robocop 2 had a kid dying in it as well, but not one being brutally murdered. Rambo had lot’s of violence, but not scenes like a man being cooked alive, or another having his arm ripped right off. 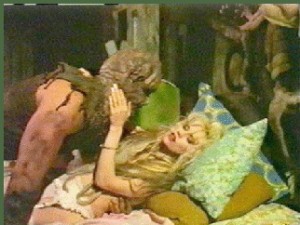 This pretty much sums up the movie. Just imagine lots more gore and boobs. 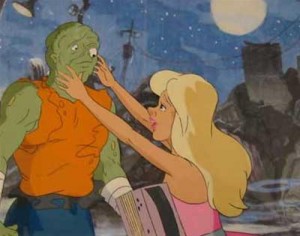 Sooooo.... Are the boobs and blood gonna be G rated now?

This was easily the worst idea for a kids show ever.

I'm one of the main contributors to 8 DAG and I take pride in my other job as Public/Staff relations. I'm a comics and movie junkie and I love to podcast. Follow me on Twitter @BrandoCop
View all posts by Brandon C. Williams →
Tagged  bad ideas, kids shows, List.
Bookmark the permalink.