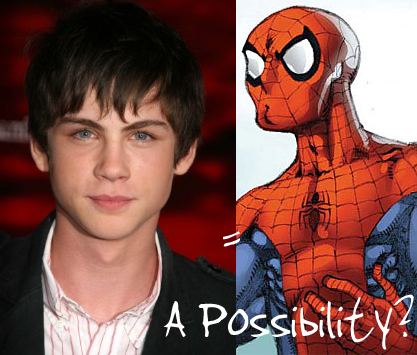 Percy Jackson opened his mouth and told someone that he was in discussions about playing the new high-school aged Spider-man. Half greek god AND bitten by a radioactive spider?

Logan Lerman, star of the upcoming movie Percy Jackson & the Olympians: The Lightning Thief, has been talking with studio executives about taking on the role of Peter Parker in the Spider-man reboot. Talking. A decision has not yet been reached. The kid is pretty tight-lipped about the whole thing since accidentally talking about it last Thursday.

Percy Jackson director Chris Columbus goes so far as to say that Logan has potential to be as great as Tobey Maguire, and that he would be a fantastic Spider-man. Columbus did make Daniel Radcliffe Harry Potter, so maybe the guy knows what he’s talking about.

I’m not against Logan Lerman as the new Peter Parker. What do you think?